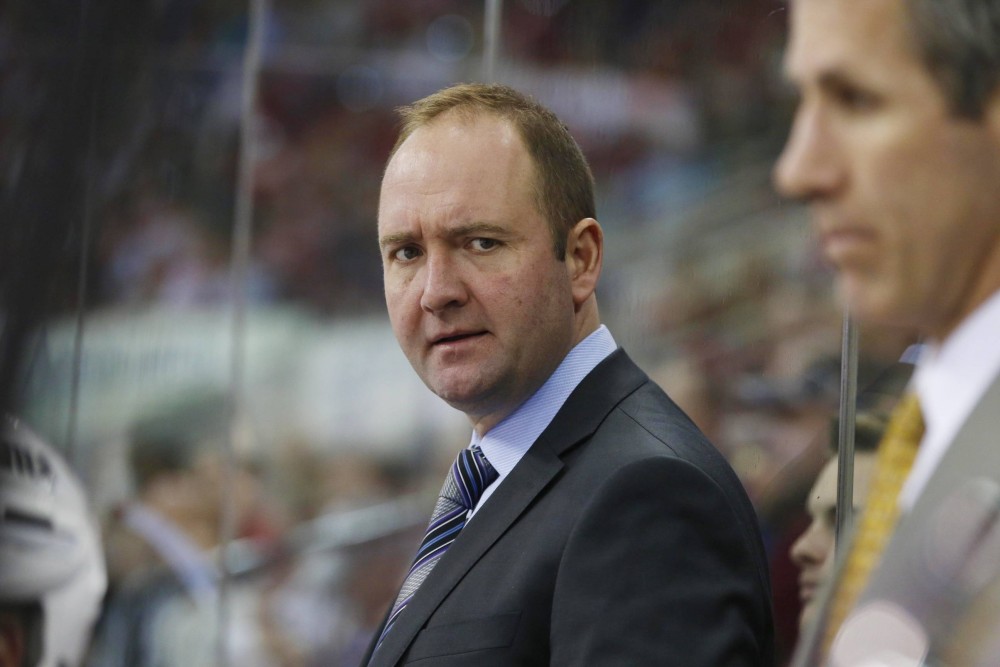 Speculations and rumors as to the security of Pete DeBoer’s head coaching job were wildly running rampant around the NHL following the terrible start the San Jose Sharks had to the 2019-20 season.

After a winless start to December, Pete DeBoer was put on the chopping block. The tension finally boiled over and on Wednesday, Dec. 11, he was fired by the Sharks organization and relieved of his coaching duties. Assistant coach Bob Boughner was named interim head coach.

Missing the playoffs this season was simply not an option for the team – a team which had just come off a Western Conference Final appearance and in the off-season, invested so much of their cap space into a certain Erik Karlsson, while also giving up a first-round draft pick.

On paper, the Sharks boast quite the all-star lineup. You have Norris Trophy-winning defencemen in Brent Burns and Karlsson, as well as two future Hall-of-Famers in Joe Thornton and Patrick Marleau, put together with a superb offense out of players like Evander Kane, Logan Couture, and Tomas Hertl. With such star power and the team still performing poorly, all fingers were pointed at DeBoer.

Now, while a coaching change can be a great move for an organization – Just look at the Toronto Maple Leafs, I’m personally not impressed by the move and don’t believe it was the right call by the Sharks, who have several other issues at hand that they need to focus on.

When we look at Mike Babcock’s firing in Toronto, we can extract several coaching-related errors in judgment that I believe justify the firing. Particularly, things like benching Auston Matthews in Game 7 of the playoffs, or having Mitch Marner draft up a list of hardest-working teammates, and then telling those teammates who were at the bottom of said list, come to mind. These are all terrible coaching ideas that rightfully signify the need for change, but, as far as the public is aware, there was no such outrageous behavior out of DeBoer.

Maybe it will come out that DeBoer was caught abusing his players, or using racial slurs. Unless that’s the case, I don’t see a just cause for his termination. You can watch an interesting discussion on the recent abuse allegations which have come out against multiple coaches across the NHL in the video below.

In stretches of bad play from a team, it’s far easier to place blame on the coaches – largely because they are an expendable resource, unlike the players. The Sharks will now have to live with this decision and move forward in an attempt to fix the problems that currently plague the team.

When I listed the core members of the Sharks lineup above, I purposefully left out one very important position – goaltender. This is because the biggest problem the Sharks currently face is not behind the bench, it’s in the net.

Unless Boughner plans on playing goalie for the Sharks, then maybe I’d be impressed with the coaching move. Martin Jones continues to play inconsistently and might even be playing worse than he did in October. I honestly believe what the Sharks need is a goaltending change, but that apparently isn’t going to happen, at least not this season.

Both Jones and backup Aaron Dell own sub-.900 save percentages and also tally lackluster 3.30 and 3.31 goals-against averages, respectively. These numbers are simply terrible and I am quite dumbfounded on what this coaching change can possibly do to repair the problems in net for the Sharks.

Maybe Boughner has some sort of secret goalie drill hidden in his back pocket that he plans to use with Jones to get him more comfortable in net, but that seems highly unlikely.

The test of time will tell us whether or not the coaching change was the correct move. Regardless of whether or not the Sharks end up making the playoffs this year, I am not convinced that the cause will be due to the coaching shift. Making the playoffs will instead largely revolve around Martin Jones being able to stop the puck. This main issue the Sharks face is something that I believe DeBoer was not at all responsible for and hopefully, another team will pick him up, because I think the man offers plenty of benefits to whatever organization he ends up with.

As for the Sharks, I wish them good luck in their uphill battle, because if anything, I think their problems are about to get worse.