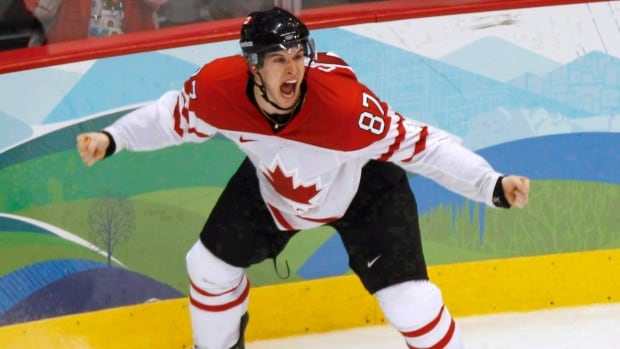 VANCOUVER — A picture can capture a moment, tell a story.

The photograph of Sidney Crosby celebrating after scoring the winning goal for Canada in overtime against the United States in the gold-medal game at the 2010 Vancouver Winter Olympics captures one of the most memorable moments in Canadian sports history. It tells a story of triumph, jubilation and national pride.

Looking at Crosby, his bare fists clinched, eyes flashing, his mouth set in a shriek of joy, most Canadians understand what the photo represents.

For John Furlong, head of the Vancouver Organizing Committee for the 2010 Olympic and Paralympic Winter Games, the picture symbolizes the culmination of a Games that united the country.

“That picture, that moment, represents … it all coming together,” Furlong said. “It was almost like natural justice. It was the belief that when you give life everything you have, and you do everything you can to succeed, then 99 times out of a 100 you get the rewards.

“I think the country earned it. Canadians felt like they got a stick on that puck and they were on the ice, out there living it.”

Paul Chiasson, a veteran photographer with The Canadian Press, photographed Crosby’s celebration. The image was splashed across the country and earned him a National Newspaper Award for sports photography.

The irony is the gold-medal match was the only hockey game Chiasson photographed during the Games. Prior to that he was shooting figure skating and short-track speed skating.

Canada led 2-0 at one point of the final, only to have the Zach Parise tie the game for the U.S. with 24.2 seconds remaining. In overtime, from his shooting position, Chiasson concentrated on the U.S. net.

“In overtime … any kind of generic action is kind of meaningless, what you want is the winning goal, so you concentrate a lot on the net,” said Chiasson, who shot the picture with a Canon camera and 300 mm lens.

On the scoring play, Crosby yelled for linemate Jarome Iginla to feed him the puck, which he quickly fired past U.S. goaltender Ryan Miller.

“I just followed Crosby,” Chiasson said. “He was on the left-hand side of the goaltender, then wrapped around behind the net and started celebrating.”

You see it happen, but you don’t really know what the picture is going to be.– Paul Chiasson, Canadian Press photographer

Chiasson kept shooting pictures as the Canadian players streamed off the bench and later during the medal presentation. His camera was tethered to the computer of a photo editor, so he wasn’t sure what the images looked like.

“You see it happen, but you don’t really know what the picture is going to be,” he said. “All you know is it’s the winning goal and you just keep shooting.”

Podnieks said in other famous hockey celebration pictures, like Paul Henderson’s winning goal in the 1972 Summit Series, or Mario Lemieux scoring in the third and final game of the 1987 Canada Cup, the player is instantly mobbed by his teammates.

What makes the Crosby picture unique is he’s by himself.

“For me there’s actually, I wouldn’t say humour, but there is an oddness and awkwardness to this,” he said. “You have this incredible moment where he throws off his gloves and throws his stick in the air, then he’s waiting.

“It took in photography terms a really long time for his teammates to come in with the celebration. That’s what I think makes this different.”

Podnieks, who has written more than 45 books about hockey and also has contributed research for the International Ice Hockey Federation, Hockey Hall of Fame and Canada’s Sports Hall of Fame, still ranks the photo of Henderson’s goal as the top picture in Canadian hockey history.

“It’s simply not possible to beat that, the political context of that series,” he said. “To me, that will always be the No. 1 goal.”

The shot of Crosby wasn’t Chiasson’s first famous Olympic goal. He also took the picture of Peter Forsberg beating Canadian goaltender Corey Hirsch in the shootout when Sweden won the gold medal at the 1994 Lillehammer Olympics.

In Vancouver, several other photographers had similar pictures of Crosby, but Chiasson’s seemed to resonate.

“For some reason mine got a lot of play,” he said.

It was long after the medal ceremony that Chiasson finally got a look at the picture that would have a place in Canadian history.

“You’re pretty happy,” he said about the photo. “It’s more the event to me anyway.

“It’s what we do. You know, you feel really great having done it and having made the picture. You don’t want to miss it.”