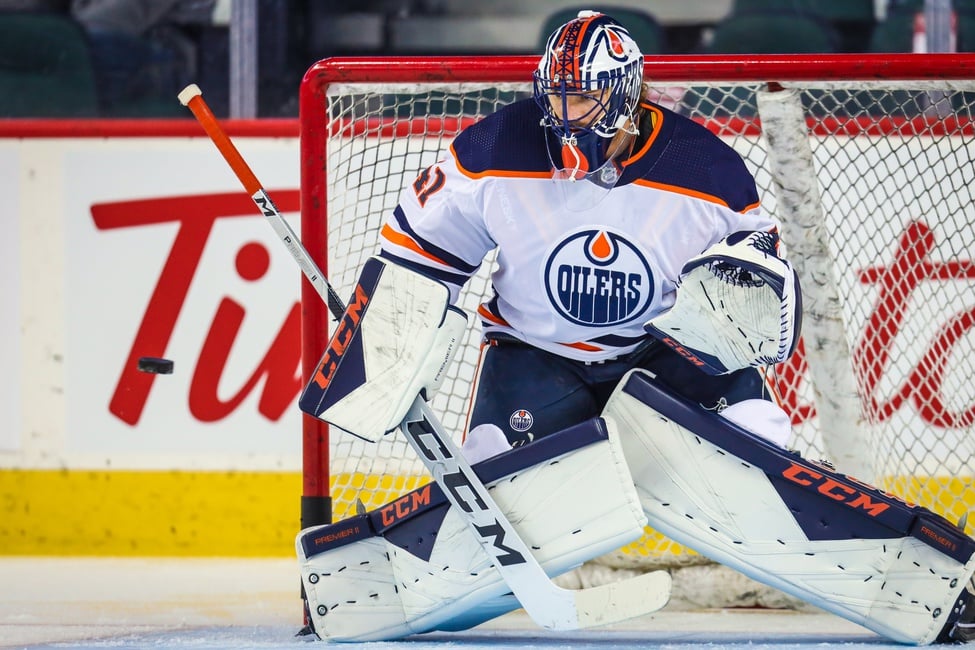 In an Edmonton Oilers news and rumors update, there is news on the status of Mike Smith’s negotiations with the Oilers, Connor McDavid and Kailer Yamamoto are both back in for the Oilers versus the Winnipeg Jets and there is news about contract extension talk between the Oilers and forward Riley Sheahan. Finally, is Anton Slephyshev making a return to the NHL, more specifically, to the Oilers?

As per Elliotte Friedman, “I don’t think that’s the case for Edmonton’s Mike Smith, at least not yet,” when talking about any possible contract extension for the netminder. There were some rumblings the Oilers and Smith were talking a one-year deal, but Friedman notes that’s likely bad info.

All Friedman would have had to do was listen to Smith who said as much after Saturday’s win over the Columbus Blue Jackets when he spoke on After Hours with Louie DeBrusk and Scott Oake. Smith had his kids with him, said he’s happy in Edmonton, loves playing for coach Dave Tippett but hasn’t at all talked about an extension yet.

It would make sense for the Oilers to re-sign Smith to another one-year deal if that option is out there. He’s been extremely good this season but there are still questions about whether or not he can maintain that pace over the course of more than a few months at a time.

What About Riley Sheahan?

One player the Oilers might also be looking at extending is forward Riley Sheahan. That said, Friedman notes the latest news is that the Oilers may elect to wait until after the season to talk extension with the depth center.

Not extending Sheahan right away is an interesting choice considering GM Ken Holland wanted to extend both Zack Kassian and Josh Archibald during the season. It must suggest there’s not a concern by the Oilers that Sheahan will elect to test free agency.

Sheahan has been a great addition for the Oilers this season and a major contributor to their penalty killing success this season.

Could Slepyshev Return to Oilers?

Friedman also notes that former Oilers forward Anton Slepyshev might be considering a return to the NHL and the Oilers could be interested.

Slepyshev played 102 games for Edmonton before returning to Russia in 2018 and prior ot the NHL Trade Deadline, there was lots of talk in Edmonton about how much the Oilers should be knocking on his door. That, of course, was before the team added Andreas Athanasiou and Tyler Ennis.

What kind of contract he’d command or ask for is unclear and the Oilers will only be willing to pay so much. If he’s out of their price range, Friedman says it sounds like there’d be interest from other clubs.

McDavid and Yamamoto Return vs. Jets

Both Connor McDavid and Kailer Yamamoto will be back in the lineup Wednesday as the Oilers take on the Winnipeg Jets. McDavid said he was just under the weather and Yamamoto said he was feeling some discomfort.

McDavid was asked about his history with getting sick and he said, “It’s a long season, what can you do?” He was asked a silly question about getting his tonsils out and didn’t seem impressed when he said, “No, I haven’t”. When asked if the Coronavirus is bothering the team or weighing on anyone he said, while admitting it’s a serious issue, “It’s more joke in our locker room” and suggested the media was making more out of it than they’ll ever worry about as players.

Yamamoto was likely feeling the effects of taking a stick to the face in a recent game but says he’s good to go.