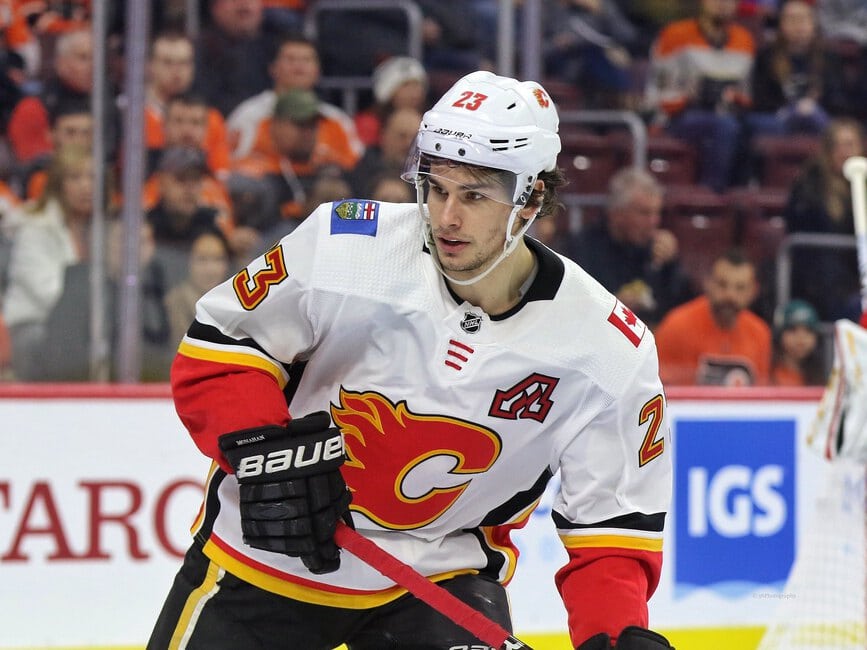 In today’s NHL rumor rundown, there is speculation that a couple of Calgary Flames forwards may have dodged a bullet when it comes to trades because of the NHL stoppage, the Toronto Maple Leafs and forward Kyle Clifford are interested in an extension and what will the Washington Capitals do with a three specific pending free agents?

Eric Engels of Sportsnet wonders if perhaps the Calgary Flames were thinking about trading one of either Johnny Gaudreau and/or Sean Monahan if the NHL regular season had been played in full and the Flames had missed the playoffs. This pause and the chances the NHL regular season doesn’t resume may have allowed the Flames to give each player one more season to help the team.

Rumors the Flames might move Gaudreau and/or Monahan were iffy at best, but, if there was any truth to them, a break in the season may be enough to settle the talk, even should the Flames not get in. If the two stars struggle again next season, there will certainly be talk about one of them being moved.

The Flames also have big questions on the blue line as five of their nine defensemen are set to become unrestricted free agents. Keeping Travis Hamonic and T.J. Brodie might take priority.

Newly acquired forward Kyle Clifford didn’t get much of a chance to show his value in Toronto after being acquired, playing in only 16 games and the season being shut down. Clifford is hoping to get that chance next season.

Clifford’s agent Todd Reynolds tells Terry Koshan of the Toronto Sun that there is mutual interest on both sides in a contract extension. Koshan writes:

Clifford is headed for unrestricted free agency, whenever that might come, but he’s fine with the idea of remaining with the Leafs once the 2020-21 season starts.

Clifford is finishing the last of a a five-year contract that has an annual average value of $1.6 million. He may have to take a paycut to stay in Toronto where the cap is tight, to say the least. For now, there have been no talks because of the NHL stoppage but once there is some clarity on the season and next year’s salary cap, talks with Clifford will be near or at the top of Kyle Dubas’ to-do list.

Tarik El-Bashir of The Athletic recently examined the decisions the Washington Capitals will have to make with pending unrestricted free agents, namely Braden Holtby, Ilya Kovalchuk and Brenden Dillon.

In regards to Holtby, he writes:

Despite the turnaround, Holtby’s days in D.C. are probably numbered. He’s due a significant payday, and the Caps’ salary cap situation figures to be even tighter when the league emerges from the stoppage. And, of course, there’s also a stud on a rookie contract waiting in the wings. managment regarding their unrestricted free agents.

In respect to Kovalchuk, it sounds like he likes it in Washington, but an extension will depend on his performance the rest of the way (assuming there is one), as well as the salary cap and whether the Caps can afford him.

Where Dillon is concerned, there are some inefficiencies in his game but Bashir writes, “Assuming the 29-year-old finishes strong and his ask isn’t outrageous, it’s easy to envision the Caps signing him to a multi-year extension.”