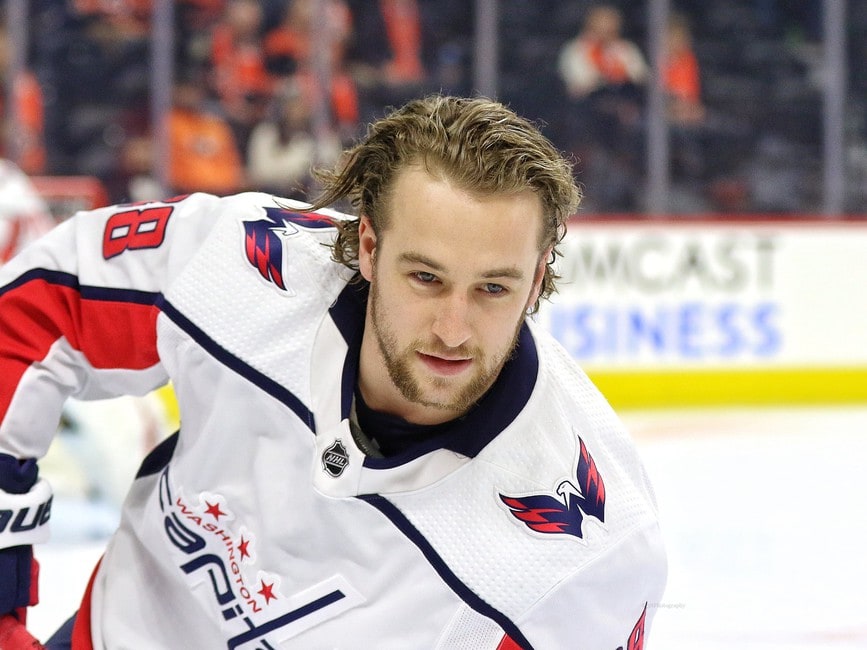 In today’s NHL rumor rundown, there is news that the Washington Capitals have decided Breandan Leipsic’s comments were too much not to ignore, the Toronto Maple Leafs are losing an assistant coach, and is Jeff Carter looking at retirement, first putting himself on LTIR? Finally, there are some news and rumors hits on the Vancouver Canucks.

The Washington Capitals have announced that they have placed Brendan Leipsic on unconditional waivers for the purpose of a contract termination.

Earlier this week, private messages of a group chat that included Leipsic and Florida Panthers minor league forward Jack Rodewald were leaked online. Leipsic and others were using misogynistic language that was not about to be tolerated by the NHL.

They released a statement on the news and released the following:

The National Hockey League strongly condemns the misogynistic and reprehensible remarks made by players Brendan Leipsic and Jack Rodewald in a private group chat that has surfaced on social media. There is no place in our League for such statements, attitudes and behavior, no matter the forum. We will address this inexcusable conduct with the clubs and players involved.

When complete, the remainder of his one-year $700K deal will be off the Capitals books and Leipsic will become an unrestricted free agent.

The Toronto Maple Leafs will need to hire a new assistant coach. As soon as the 2019-20 season is completed or called off, Paul McFarland, will be leaving the organization.

Paul has been a great member of our staff and I look forward to continuing our work together through to the conclusion of the 2019-20 season. Normally this type of move would be done during the off-season, but given that these are far from normal circumstances, we are in full support of Paul’s desire to pursue this position in Kingston and gain more experience as a head coach.

Jeff Carter Could Retire on LTIR

James O’Brien of NBC Sports is reporting that Los Angeles Kings forward Jeff Carter is dealing with a core muscle injury will keep him out of the Kings’ lineup if the regular season resumes this summer. O’Brien wondered if this injury is as much about not wanting to leave Los Angeles as it is about actually being hurt.

He hints at the idea of this being a “soft retirement” via long-term injury reserve. It’s been public that Carter is not interested in leaving the Kings but trading his contract would be a logical way for the Kings to free up additional salary-cap space. He lacks trade protection so retirement is really the only way to avoid moving if he doesn’t want to go.

Latest on the Vancouver Canucks

Iain MacIntyre of Sportsnet covered a few items regarding the Vancouver Canucks in a recent mailbag segment. Among the items addressed, he notes that if Nils Noglander is good enough to the make the Vancouver Canucks next season he’ll be on the team. The cap issues in Vancouver will give him the inside trade because his entry-level deal will help.

The Canucks would also like to bring Nikita Tryamkin back to the NHL. It would likely take a one-way deal to get him here.

The Canucks will closely be watching what happens with the salary cap as the team was keenly interested in re-signing both Jacob Markstrom and Tyler Toffoli. If the cap falls, there might no be room to sign both.

The Montreal Canadiens have signed defenceman Alexander Romanov to a three-year, entry-level contract. He was selected by the Canadiens in the second round, 38th overall at the 2018 NHL Draft.

The 20-year-old will join the Canadiens after 43 games this past season with CSKA Moscow of the KHL.