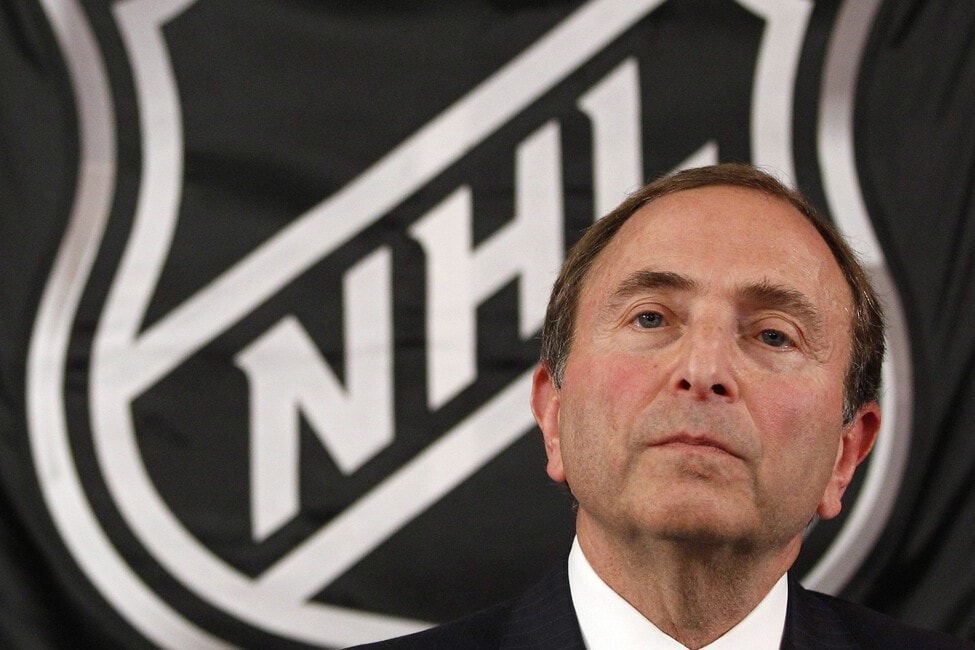 In today’s NHL rumor rundown, the NHL could be affected based on a decision by their feeder league as the AHL has decided to cancel the 2019-20 season. The Pittsburgh Penguins and Colorado Avalanche might be talking a trade and the Philadelphia Flyers have questions about where best to allocate limited funds. Finally, will the Edmonton Oilers lose Riley Sheahan if he’s asking for too much money?

The AHL went a step further than suspending their season today when the league announced the remainder of the 2019-20 campaign has been canceled. As a result, there will be no playoffs and no Calder Cup awarded this year. AHL President David Andrews released a statement:

After a lengthy review process, the American Hockey League has determined that the resumption and completion of the 2019-20 season is not feasible in light of current conditions.

The League’s operational focus has turned toward actively preparing for the 2020-21 season.We are very grateful to the National Hockey League and its teams for their support and leadership in navigating through the challenges faced over the past two months.

The AHL continues to place paramount importance on the health and safety of our players, officials, staff and fans and all of their families, and we all look forward to returning to our arenas in 2020-21.

This does not necessarily mean that a similar announcement will be coming from the NHL as the two leagues work independently, but this decision could play a factor into how much a minor league player will get to skate, if they can or will be potentially be recalled by their NHL affiliate to play in games, or if they’ll simply be brought in to skate with the NHL team as a “Black Ace” (players who travel with the team in case of injury) under the assumption the organization might call them up.

Dan Kingerski of Pittsburgh Hockey Now recently reported the Penguins received calls about both Matt Murray and Tristan Jarry before the trade deadline, but at that time GM Jim Rutherford wasn’t interested. The discussion was more about potentially doing something before the 2020 NHL Draft. Among those interested were the Colorado Avalanche.

Kingerski cited multiple sources claiming Avs GM Joe Sakic likely asked about Murray. Speculation is that Sakic wasn’t satisfied with Philipp Grubauer’s 18-12-4 record, or his .916 save percentage. He was looking to shore up that position for the team. If there’s anything to this rumor, Murray coming in, likely means Grubauer going out or the avs trading recently re-signed Pavel Francouz to make room.

According to John Hoven on SiriusXM, he’s hearing that Los Angeles Kings GM Rob Blake said that he’s been talking with the camp of 2018 draft pick Arthur Kaliyev. He writes:

Per Blake, plan on Kaliyev – been in discussion with his camp, want to get his ELC done sooner or later… however, he has less options than some of the college kids we’ve recently signed – for him it’s either OHL of NHL. We’re trying to evaluate the best development plan.

Sam Carchidi of the Philadelphia Inquirer suggested that the Philadelphia Flyers might try to re-sign goaltender Brian Elliott. Calling him a good mentor for Carter Hart he thinks the pending UFA will be back.

But if they can’t come to terms with Elliott — who has a $2 million cap hit this season — Corey Crawford, Thomas Greiss, and Cam Talbot are among the free-agent possibilities. Their salary demands, of course, will be key.

Questions still surround Justin Braun and whether or not he could be back.

Related: The 5 Greatest Hockey Players Ever

Riley Sheahan played great in a depth role for the Oilers this season and offered vital penalty-killing minutes, often playing on the third line. The problem is, he was signed to be a fourth-line player and speculation is he wants third-line money on a contract extension.

According to reports and sources, Sheahan is hoping to land a contract worth $2 – $2.75 million per season. That’s likely far too rich for the Oilers who are going to be a team that has to watch what they spend with a potential flat cap.