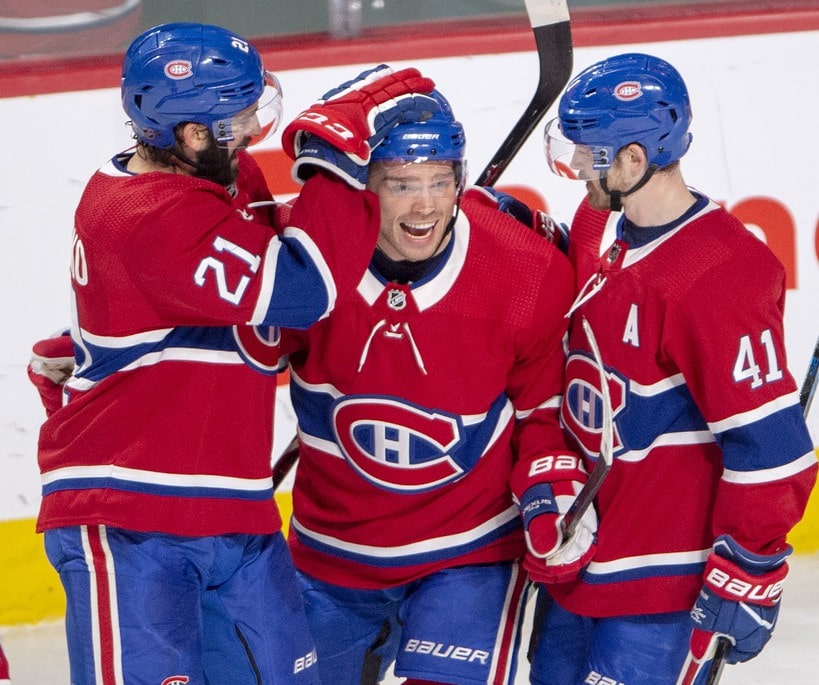 In today’s NHL rumor rundown, Maxi Domi discusses where things are at with the Montreal Canadiens and details any talks the two sides have had. There is an update about the potential of Peter Chiarelli joining the Arizona Coyotes organization in an executive role and just how likely that is. Finally, Radko Gudas commented on his chances of staying with the Washington Capitals and fourth-line NHL players might get shafted.

Domi and Canadiens Not Talking Extension

According to Arpon Basu, forward Max Domi has said he wants to stay in Montreal and he’d like to do so on a long-term deal. Still, the two sides are not talking contract and he’s not sure where he fits in their long-term plans.

Basu quotes Domi when he writes:

“As of right now, no, there hasn’t been much discussed. But, again, there’s so much stuff going on that’s more important than my contract in the world, so I understand. All I can really tell you is I want to be in Montreal, I want to be here, I love playing in Montreal, I love my teammates, I love this team, I love this city. So, my hope is to play here for a long time and that hasn’t changed from the time I played my first game here. So that’s that.”

There is a catch. Domi wants to play center. Domi said he’d do what was asked of him by the coaching staff but Basu wonders if Domi speaking at such great length about his desire to be a center means anything about his upcoming contract talks. He adds:

But if Domi’s desire to play centre is a deal-breaker for him, aside from the financial considerations he may or may not feel are in play, it would make his next contract complicated because the Canadiens could better use him on the wing with Suzuki and Kotkaniemi emerging and Danault firmly entrenched at that position for the foreseeable future.

Chiarelli Not Joining the Coyotes

The rumors of Chiarelli becoming part of the equation picked up steam when president and CEO Ahron Cohen had left the organization. According to The Athletic’s Craig Morgan, the two things are not connected.

Cohen’s failure to secure a new arena, along with the new owner wanting to install one of his own people is likely why Cohen was let go.

Meruelo wants someone with a specific and extensive skill set on the business side, and I expect him to tab someone from his business relationships whom he trusts; a known associate. I don’t think there will be an actual search. I suspect Meruelo has someone in mind already.

Radko Gudas was recently interviewed in the Czech Republic about his concerns regarding the NHL starting back up. His interview was translated by Alexandra Petakova of Russian Machine Never Breaks. While discussing the league, the more interesting takeaway from the interview was what he said about his own status with the Washington Capitals.

The veteran defenseman seemed to hint that he wasn’t sure he’d be part of their future plans due to tight cap space and said, “a lot of the guys with contracts about to expire” will end up leaving the Capitals this offseason. He included himself in a group that also includes Ilya Kovalchuk, Brenden Dillon, and Braden Holtby.

Fourth Line Player Will Get Snubbed

Elliotte Friedman of Sportsnet reports that the growing sentiment around the NHL is most of the money being taken out of the hands of the general managers will trickle down to fourth-line players.

Friedman noted that the executives he spoke with said the NHL will likely see a huge spike in league minimum salaries. What that means, is for agents who have clients that walk the line of third and fourth line duties on NHL teams, their top job will be to sell a GM that their player is not fourth-line material.