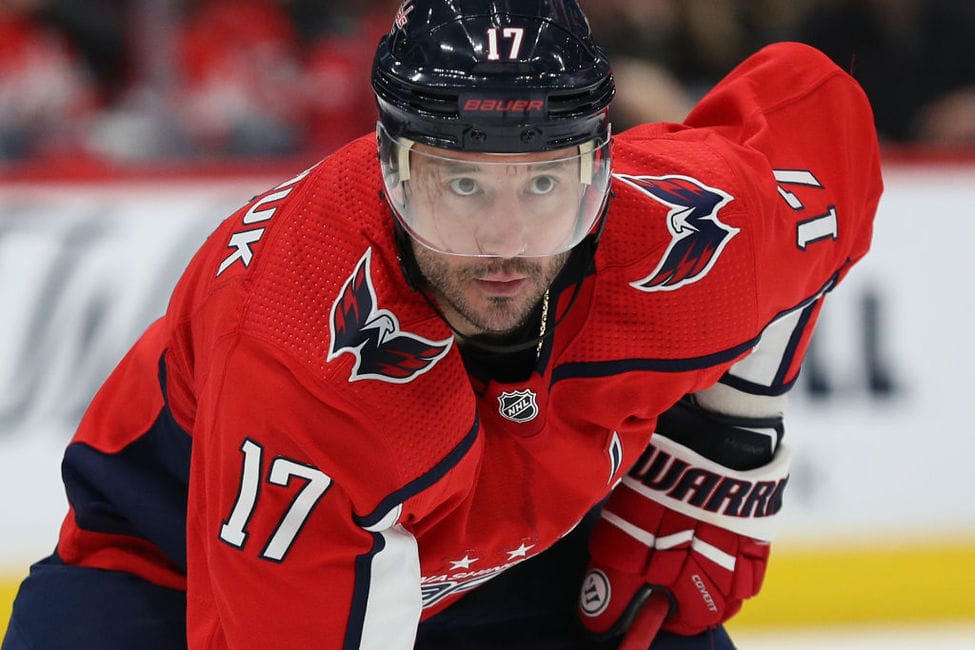 With the NHLPA voting to approve a 24-team playoff format, the Washington Capitals are likely to be one of the favorites to go all the way. They have successfully lifted Lord Stanley’s Cup very recently, and have many of the pieces that got them there still on the roster.

Though there have been some bumps in the road this season, some trade deadline acquisitions and recent improved play from some of their veterans have them appearing ready to take on whatever this new format throws at them. Regardless of the size of the format, prior to the shutdown, the Capitals considered themselves a playoff-bound team with the only acceptable goal being a second Stanley Cup Championship.

One Last Dance With Holtby

This season hasn’t exactly been everything Braden Holtby likely hoped it would be. The Capitals are in a strong playoff position and the goaltender has posted a 25-14-6 record in his 47 starts this season. For Holtby personally though, it has often felt like the Capitals have been winning in spite of him. His personal statistics are the worst he’s had in his career.

Related: Cup-Winning Capitals – Where Are They Now?

It’s not necessarily a new thing for Holtby to struggle. Down the regular-season stretch in 2018, Holtby appeared to have lost his starting job to Phillip Grubauer. When the playoffs began, it was Grubauer between the pipes for Game 1. Holtby came in during the second game and reclaimed his net for the remainder of the run towards winning a Stanley Cup.

For the Capitals and Holtby, it’s worth hoping that the break due to COVID-19 will allow Holtby to put the struggles of this season behind him and start the playoffs on a good foot. There are no rumblings of the Capitals re-signing Holtby and it appears all but certain this will be his last run as a Capital. He’d certainly like to make it a good one.

At the trade deadline, the Capitals acquired three players. Ilya Kovalchuk, Daniel Sprong and Brenden Dillon were all acquired at the combined cost of three picks and Christian Djoos.

Dillon was acquired from San Jose in exchange for a second-round pick and a conditional third-round pick. He has been a defensive stalwart for the Sharks since they acquired him from the Dallas Stars during the 2014-15 season. He’s a big, heavy “stay-at-home” defender that teams seem to need to have a least one of, in order to be successful in the playoffs.

Related: Capitals Trade for Dillon a Solid Bet, but Is It Enough?

Kovalchuk, on the other hand, was acquired from the Montreal Canadiens. His season began with a mutual contract termination from the Los Angeles Kings, but then after signing with Montreal he showed that he still had something left in the tank to give. The Capitals gave up a third-round pick for him; a far cry from the package he once commanded in his younger years.

Daniel Sprong is an interesting acquisition. The “Flying Dutchman” has had a difficult time gaining traction in the NHL, and finds himself with his third team in less than three years. He was a prolific goal scorer in juniors and is known for his shot release. Last season he was traded from the Pittsburgh Penguins to the Anaheim Ducks and it looked like he had finally caught on in Anaheim. However this season saw him sent down to the AHL. With the AHL season shut down, it will be interesting to see if the Capitals bring Sprong in for the playoffs at all.

Kovalchuk Returns To the NHL Playoffs

The last time Kovalchuk participated in an NHL Playoff game, it was Game 6 of the 2012 Stanley Cup Final. In two trips to the playoffs with the New Jersey Devils, Kovalchuck amassed 25 points in 28 playoff games. During that 2012 trip, he had 19 points in 23 games leading the team. His five power-play goals led the league.

The Capitals already posses the single greatest power-play scoring threat of all-time in Alex Ovechkin. Though at 37 years-old Kovalchuk is not the game-changing, elite force he once was, he still has a lethal shot and good scoring instincts. He demonstrated this during his brief 22-game stint in Montreal.

What 2020 Kovalchuk brings to the Capitals for this playoff run is an elite shooting talent that has accepted the role of being a cog in the machine. He knows he doesn’t have many more cracks left at winning a Stanley Cup and this run with the Capitals might be his last, best chance.

With Kovalchuk, Holtby, Dillon and (Radko) Gudas all on expiring contracts and the potential for salary cap attrition in the offseason; this playoff run may be the final time this incarnation of the Capitals challenges for a Stanley Cup. The actors are in place and the stage is being set. All that is left to do for these Capitals, is to raise the curtain, and get on with the show.