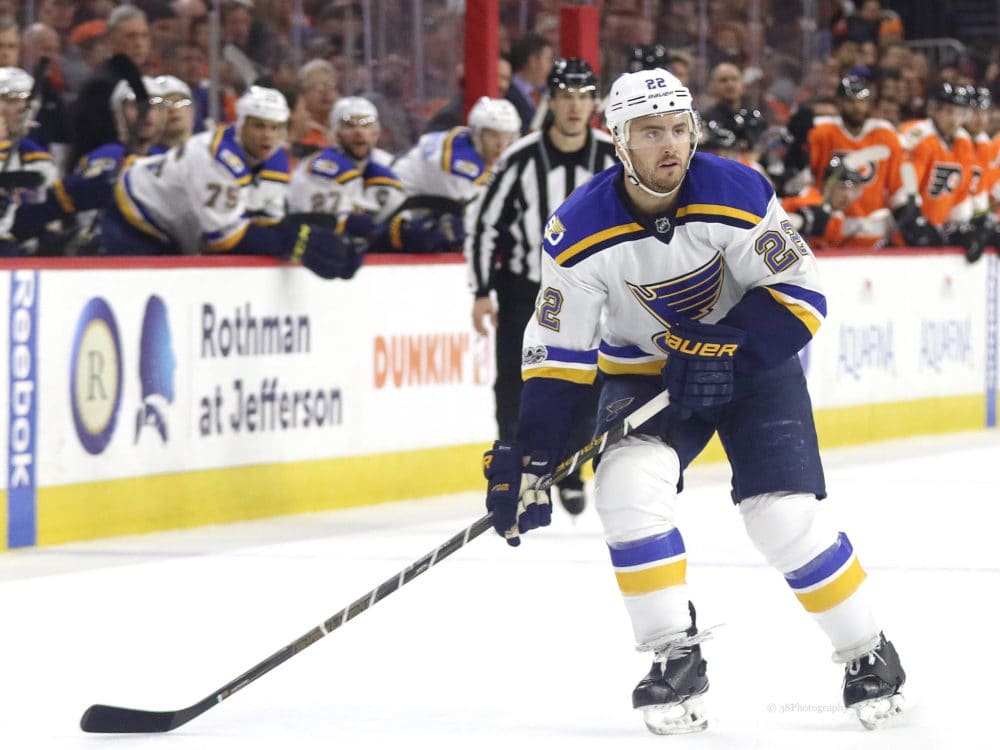 The St. Louis Blues’ 2019 Stanley Cup victory seems in hindsight like the culmination of ten years of sustained success. But a closer look at the decade shows that the Blues built a contender from 2011 to 2016, then underwent a miniature rebuild in 2017 and 2018 before embarking on the 2019 campaign that ultimately brought them to hockey’s promised land.

One of the critical junctures in those two rebuilding years was the 2017 trade of Kevin Shattenkirk to the Washington Capitals at the trade deadline. It was not an easy decision for general manager Doug Armstrong to make, trading a popular player on a playoff-bound team; however, the result allowed his franchise to build a brighter future.

In 2017, Shattenkirk was in the final year of his Blues’ contract. He’d been with the team ever since Armstrong sent former first-overall pick Erik Johnson to the Colorado Avalanche in 2011. In the following six years, Shattenkirk grew from promising youngster to a power play quarterback who, whatever his defensive flaws, was as dynamic a playmaker as St. Louis had on its blueline.

But Alex Pietrangelo was the newly-minted team captain after the departure of David Backes, and youngster Colton Parayko looked like a workhorse in his second NHL season. Armstrong could not afford to pay Shattenkirk in excess of six million dollars per season, a number he would surely be seeking as a free agent, nor could he provide the blueliner a chance to play for his childhood team, the New York Rangers. So Armstrong was faced with two choices: trade Shattenkirk before the deadline (something that had been rumored for years) or keep him for a playoff run.

But Armstrong recognized that the departure of Backes and Troy Brouwer in the offseason had caused deeper wounds in his team than it appeared. He knew that his team would lose another player that offseason with the upcoming expansion draft for the Vegas Golden Knights. And his team helped make his decision by losing three consecutive games as the trade deadline loomed.

There were plenty of suitors for Shattenkirk, but ultimately the Capitals acquired him with their offer of youngster Zach Sanford, veteran Brad Malone (a necessary contract move), a 2017 first-round pick, and a conditional 2019 second-round pick. The Capitals also received back goaltender Pheonix Copley, whom the Blues had acquired in the T.J. Oshie trade for Brouwer. Let’s take a look at how each piece has played out in the years since.

Shattenkirk falls decidedly into the category of deadline acquisitions that didn’t work out for the Capitals. He scored 14 points in 19 games during the regular season, but added just six points in the Capitals’ 13 playoff games, not helping them advance past the second round. He departed at the end of the season and joined the Rangers, signing a four-year, $26 million contract. But after two ill-fated years, the Rangers bought Shattenkirk out, and he moved on to the Tampa Bay Lightning for the 2019-20 season.

The Blues returned Copley to the Capitals, where he remained a mostly-depth goalie. But in the 2018-19 season, he served as a backup in the NHL, starting 24 games and winning 16 of them. In 2019-20, he lost his roster spot to top prospect Ilya Samsonov, and he played 31 games for the American Hockey League’s Hershey Bears.

The Blues believed in Sanford and targeted him in the trade. The 6-foot-4 forward with silky hands wasn’t an immediate NHL success, though he did score a goal in just his second game with the Blues. Unfortunately, a shoulder injury kept him out of the NHL for the entirety of the 2017-18 season, but Armstrong expected him to play a big role in the following season.

The 2018-19 campaign was one of significant growth for Sanford. He managed just 20 points in 60 regular-season games and was used sparingly in the playoffs through the first three rounds. But he reentered during the Stanley Cup Final, and scored four points in the final five games of the series, including the final Blues goal in their clinching Game 7 victory in his hometown of Boston.

Sanford looked like a much more confident player as a Stanley Cup Champion during most of the 2019-20 campaign. He scored 30 points in 58 games before the COVID-19 pandemic paused and ultimately concluded the regular season, and on Feb. 13, 2020, he scored four goals in one game against the Vegas Golden Knights. That game convinced fans of just how high his ceiling is, and while his future isn’t as certain as some other youngsters on the Blues’ roster, he has a bright career ahead of him without question.

The Blues did not select a player with the 2017 first-round selection they received in the trade. Instead, they traded it again, this time to the Philadelphia Flyers, as part of the package to acquire Brayden Schenn. The Flyers in turn used the selection on Morgan Frost, a young forward with a very bright future in his own right.

Schenn has been a success with the Blues, posting a career-high 70 points in 82 games in his first season. He followed that up with 54 and 58 point campaigns and added 12 points in the 26 games of the Stanley Cup run. He scored the third goal in Game 7, giving the Blues a commanding lead in the contest. Armstrong rewarded Schenn’s consistency and team leadership with an eight-year, $52 million contract extension during the early months of the 2019-20 season. He is a fixture of the franchise’s future.

The two potential conditions on this pick required that the Capitals make the third round of the playoffs or that they re-sign Shattenkirk. Since neither happened, the Blues did not receive this pick.

Malone is a veteran of 199 NHL games, but none of those came with the Blues. He was a veteran contract moved in this deal for roster compliance. He joined the Edmonton Oilers the following season.

In a final analysis, there is no question that Armstrong’s boldness in trading Shattenkirk paid off in spades for the Blues. Zach Sanford is a promising young forward who made a significant impact on the most important playoff series in franchise history. He flipped the first-round pick to acquire a centerpiece forward who will likely serve as a top-six attacker for years to come.

2017 was not likely to be the Blues’ year, as they had transitioned captains and lost two major forwards the offseason before. By making the bold move and trading a popular player on an expiring contract, Armstrong ensured that 2019 would be their year, and the team captured its first-ever Stanley Cup.