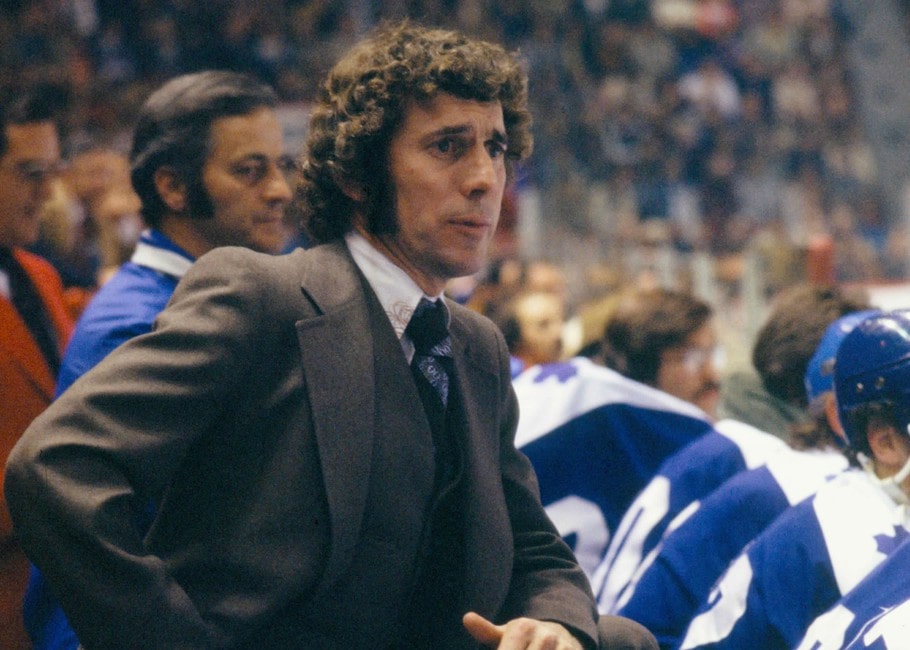 One of the most colorful coaches in the history of the National Hockey League got his first job in the league on this date. Also, a pair of elite goaltenders share a birthday today.

The Toronto Maple Leafs named Roger Neilson their new head coach, on July 25, 1977, replacing Hockey Hall of Famer Red Kelly. This was Neilson’s first NHL head coach job. He was the head coach of the Peterborough Petes in the Ontario Hockey League (OHL) for 10 seasons. His first professional job was with the Dallas Black Hawks of the Central Hockey League during the 1976-77 season.

Neilson led to the Maple Leafs to the Stanley Cup Semifinals in his first season as coach. He got them back to the playoffs in 1979 but was fired after losing to the Montreal Canadiens in the second round. He went on to coach exactly 1,000 games in the NHL with the Buffalo Sabres, Vancouver Canucks, Los Angeles Kings, New York Rangers, Florida Panthers, Philadelphia Flyers and Ottawa Senators.

He was one of the most colorful coaches in the history of the league. He earned the nickname “Captain Video” because he was one of the first coaches to videotape to analyze his team. During a 1982 playoff series against the Chicago Blackhawks, he was ejected for waving a white towel to protest the officiating. The next game, thousands of Canucks fans waved white towels, starting a playoff tradition that continues to this day.

Propp Gets a New Home

For 11 seasons, Brian Propp was a big part of the Flyers’ offensive attack between 1979 and 1990. He was originally selected by the Flyers in the first round (14th overall) of the 1979 NHL Entry Draft and made his debut that fall.

Propp scored 34 goals and 75 points in his rookie season of 1979-80. He finished fourth in Calder Trophy voting behind Ray Bourque of the Boston Bruins, Mike Foligno of the Detroit Red Wings and his teammate, goaltender Pete Peeters.

He went on to play 790 games for the Flyers, scoring 369 goals and 849 points with four seasons of at least 40 goals. He also performed well in the postseason with 52 goals and 112 points in 116 Stanley Cup playoff games. His time in Philadelphia ended when he was traded to the Boston Bruins during the 1989-90 season.

Willy Lindstrom signed his first NHL contract on July 25, 1979. His deal came with the Winnipeg Jets, who had played with the previous four seasons in the World Hockey Association (WHA) after coming over from Sweden. He was one of the top scorers in the WHA with 123 goals and 261 points in 316 games.

Lindstrom’s best season in the NHL came in 1981-82 when he scored 32 goals and 59 points for the Jets. He was traded to another former WHA team, the Edmonton Oilers, in 1983 for Laurie Boschman. During his time with the Oilers, he was the first non-Canadian player to score five goals in a game and won two Stanley Cups in 1984 and 1985. He finished out his career with two seasons with the Pittsburgh Penguins before retiring in 1987.

On July 25, 1997, San Jose Sharks acquired Murray Craven from the Chicago Blackhawks, in exchange for winger Petri Varis and a sixth-round draft pick in the 1998 NHL Entry Draft. This was the sixth and final team in Craven’s 18-season NHL career. He scored 16 goals and 45 points in 129 games over three seasons. He missed the majority of the 1999-00 season due to an abdominal injury and never returned to the ice.

Craven played 1071 games in his career with Detroit Red Wings, Flyers, Whalers, Vancouver Canucks, Blackhawks and Sharks. He had the most success in Philadelphia, where he spent eight seasons and scored 424 of his 759 career points.

Free-agent forward Andrei Kovalenko signed with the Boston Bruins on July 25, 2000. He scored 16 goals and 37 points during the 2000-01 season, his ninth and final in the league. Kovalenko was originally an eighth-round pick (148th overall) by the Quebec Nordiques at the 1990 NHL Entry Draft. He was traded to the Montreal Canadiens, along with Martin Rucinsky and Jocelyn Thibault, by the Colorado Avalanche for Hall of Fame goaltender Patrick Roy.

There are 24 current and former NHL players born on July 25, including two great goaltenders. Evgeni Nabokov was born on July 25, 1975 in Kamenogorsk, Kazakhstan. He was originally drafted by the Sharks in the ninth round (219th overall) of the 1994 NHL Entry Draft.

He spent three seasons with the New York Islanders before wrapping up his career with 11 appearances for the Tampa Bay Lightning during the 2014-15 season.

The goaltender who took Nabokov’s roster spot on that Lightning team, Andrei Vasilevskiy, was born in Russia on this date in 1994. He won the Vezina Trophy in 2019, for being voted the best goaltender in the league. He led the league that season with 39 wins and had eight shutouts to go along with a .920 SV% and 2.40 GAA. He is a finalist for the award again this season, along with Connor Hellebuyck of the Jets and Tuukka Rask of the Bruins.

Tony Granto (56) played in the most games of all the players born on this date. He played in 773 career games with the Rangers, Kings and Sharks. He is also the leading scorer of the July 25 birthday boys with 248 goals and 492 points.

McDavid scores twice as Oilers clinch playoff spot in win over Canucks
Blackhawks’ Star of the Week: How Do You Like Them Apples?
Wild April Report Card: Escaped with a Winning Record
3 Takeaways From Avalanche’s 4-3 Win Over Sharks
Buffalo visits Pittsburgh after Caggiula’s 2-goal game