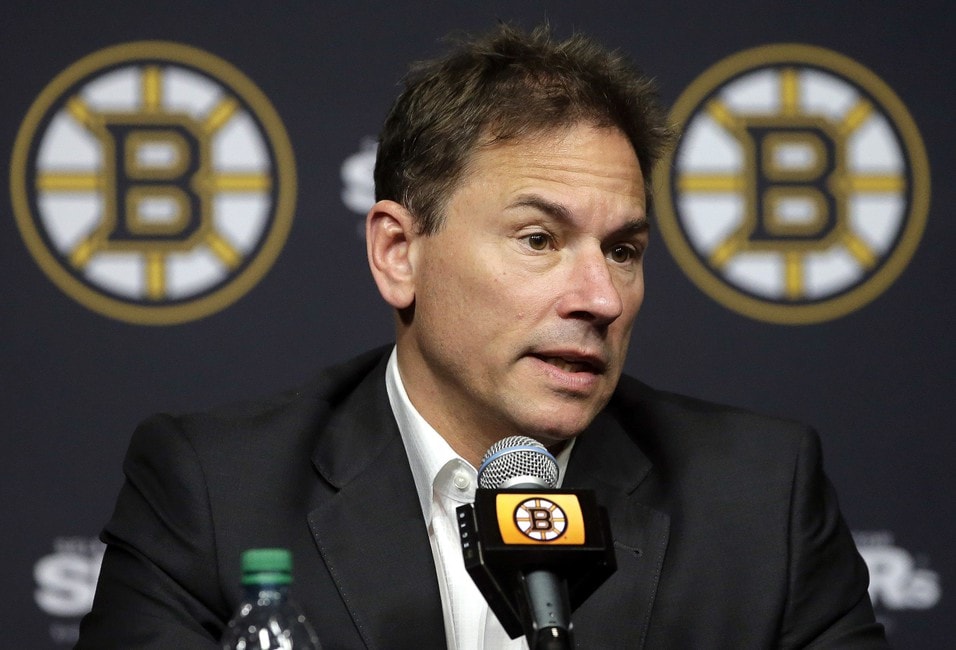 It should come as no surprise that Bruce Cassidy was named the NHL’s coach of the year for the 2019-20 season. The recipient of the Jack Adams Award for the first time in his career, Cassidy would lead the Bruins to a President’s Trophy win through 70 games prior to the NHL pausing its season. The Bruins were also the only team in the NHL to reach the 100-point mark.

This marks the third time in three full seasons with the team that Cassidy and the Bruins would reach the 100-point mark, and pro-rating his 18-8-1 record from the 2016-17 season when he took over from Claude Julien would also put them at 100-plus points.

Cassidy has done an excellent job at turning the Bruins into a legitimate Stanley Cup-contender since taking over the reigns as coach. He was able to tap into the strengths of his core nicely and he’s been able to get the most out of many others based around the system he has in place for the team.

Though the Bruins may have fallen short of their goal in each of the last two seasons in disappointing fashion, including a loss in Game 7 of the Stanley Cup Final last year, the team still has the opportunity to compete with their current core in the short-term.

Torey Krug’s future with the Bruins is anything but clear right now. Nobody knows what’s going to happen over the next few weeks as it pertains to Krug as he has rightfully earned himself an opportunity to cash-in on a big contract and maximize his value after being one of the best offensive defenders in the NHL over the course of his career.

For the Bruins, keeping Krug makes a lot of sense for the short-term, but the long-term becomes foggier given salary cap concerns. For this reason, finding common ground isn’t as easy as many would like it to be.

This is why Krug’s most recent Instagram post has created quite the stir in Boston as it’s left everyone feeling more uncertain than ever.

Posting a picture of the Boston skyline shouldn’t be anything too crazy under normal circumstances. Given the situation Krug is in right now with his contract expired, however, it could be construed as either Krug saying goodbye to Boston, posting the picture of the city he called home for so many years. It could also be Krug showing that he still loves Boston and has no desire to leave.

It could also just be a picture of the Boston skyline without any extra meaning laced into it. Or it could be Krug having some fun and letting the internet analyze a picture for way more than it is just for the sake of it.

Whatever the case may be, this post has certainly caused a commotion.

In a media call Thursday, Bruins’ president Cam Neely spoke about a few hot topics regarding the Bruins. He would mention that five on five scoring needed to improve, roster evaluations and the Krug contract situation.

As far as five-on-five scoring is concerned, it’s no secret that the Bruins need to get more production out of players who aren’t on their top line or named David Krejci. Consistency is key and the absence of consistency at even strength has been one of the Bruins major flaws in recent years

When talking about evaluating the roster, Neely had the following to say:

On the surface, this comment could be harmless. The Bruins are clearly a team that have succeeded in recent years and who were one win away from a Stanley Cup just one year ago. Making a series of moves based on the 2020 postseason alone seems like it could be disastrous given the situation. This wasn’t a typical playoff run under normal circumstances.

Still, the core is aging and the window is closing and maximizing the value of the team now while keeping an eye towards the future is important.

Neely would also talk about Krug’s contract situation. He’d have the following to say:

“We love Torey…but at the end of the day, both sides have to do what they feel is right.”

This is exactly what everyone has known to be the case since day one, even if it’s a tough pill to swallow. Sometimes, both sides can want to stay together and continue building towards a Stanley Cup victory. Both sides have to compromise to an extent, but that compromise can’t be too much to handle for either party.