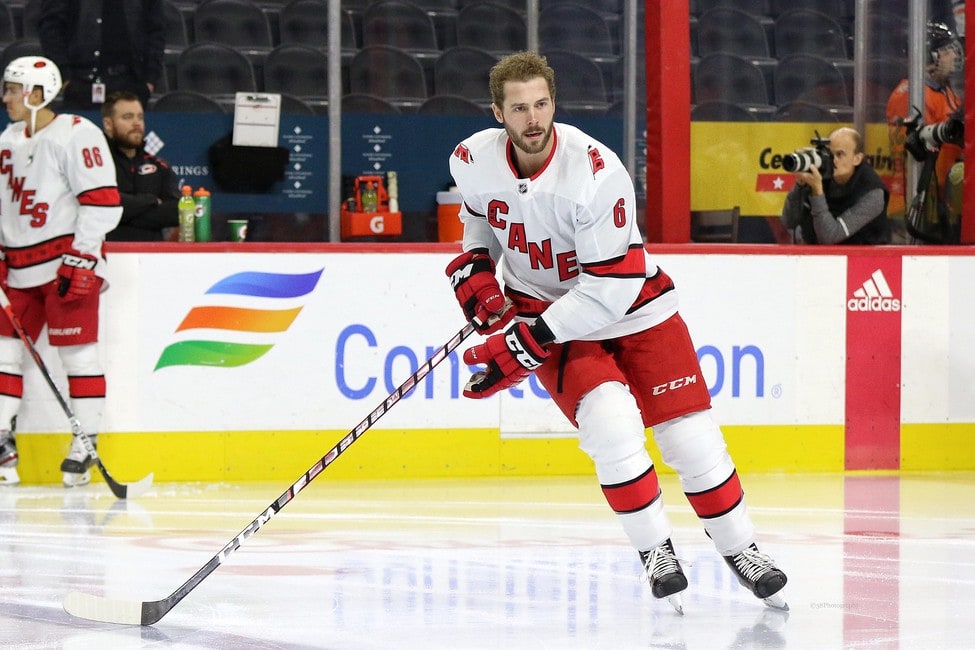 In today’s Montreal Canadiens News and Rumors rundown, there’s news on American Hockey League (AHL) players loaned to European leagues, general manager Marc Bergevin making trades to add depth, what will Ryan Poehling do to take his next developmental steps and a plethora of trade rumours.

Hayden Verbeek — who was signed as an undrafted unrestricted free agent (UFA) in 2018 — is entering the final season of his entry-level contract. He has also just recovered from wrist surgery performed in Jan. 2020 and is in need of ice time to prove he is worth an extension. He was loaned to Banska Bystrica HC’05 in the Extraliga in Slovakia, for the start of the 2020-21 season, but is expected to report to Montreal when the NHL and AHL training camps open for the 2020-21 season.

Lukas Vejdemo, the Canadiens’ 2015 third-round selection, played seven games for the team this season, scoring his first NHL goal in the process. Vejdemo recently signed a one-year, two-way contract extension. He is now on loan to the Södertälje SK in the Allsvenskan in his home country of Sweden, and is also expected to return for the start of training camps for the 2020-2021 season.

Less than two weeks after acquiring Jake Allen to fill the role of a quality NHL backup goaltender for Carey Price, Bergevin went out and acquired his former St. Louis Blues teammate Joel Edmundson. The cost to get Edmundson’s UFA rights from Carolina Hurricanes cost the Canadiens a 2020 fifth-round pick.

If Bergevin does sign Edmundson, he will have added a six-foot-four, 216 pound physical stay-at-home defender who played on the Hurricane’s second pairing while playing a mentorship role to their younger defencemen such as Haydn Fleury.

What Will Be Ryan Poehling’s Next Step?

Mathias Brunet of La Presse, a daily Francophone paper in Montreal, declares Ryan Poehling as Laval Rocket head coach Joel Bouchard’s most important challenge for next season. Poehling was the only Canadiens forward that was brought into the Phase 4 bubble in Toronto who didn’t play in any of the play-in or playoff games, and the reasoning for that was thought to be Poehling’s conditioning.

“I don’t know why he didn’t play and I can’t talk to his physical conditioning as I wasn’t there. Ryan is 21 years old and he is still learning. In my opinion, you’re making this a bigger story than it needs to be.”

Poehling has just completed his first season as a professional hockey player after three seasons with St. Cloud State in the NCAA. This season was his first exposure to the rigors and travel demands of a professional schedule and he was able to play 27 games with the Canadiens this season. However, it was in a fourth-line role. It is true that both Poehling and Bouchard have work to do before Poehling can be able to step into a third-line center role in the NHL.

Could Laine be Montreal Bound?

The Fourth Period has pushed forward a rumor that Winnipeg Jets right winger Patrik Laine could be moved this offseason. The Jets have needs at center and defence to fill and he may be the trade chip they use to find those pieces. Laine, who is in the final year of his two-year deal that pays him an average of $6.75 million, will be a restricted free agent after the 2020-21 season and will likely be in search of a long-term deal and a raise on his salary.

The Canadiens are one of the teams mentioned to be interested in the former second-overall pick and they have assets at center and on defence that could entice Winnipeg. Perhaps the addition of Edmundson is part of a move to help make other assets on defence expendable?

It’s no secret that the Canadiens are in need of a star offensive weapon to help their young centers take the next step. Perhaps the Finnish star could be that piece for the Habs young core.

Danault on the Move?

Phillip Danault’s name has been circulating in the NHL rumour mill. The 27-year-old two-way center finished sixth in Selke Trophy voting this past season and is entering the final year of his three-year deal paying him an average of $3.083 million.

Bergevin is well known for making big trades and may be shopping the Canadiens’ top two-way center. The chances he is the one traded are low considering that Nick Suzuki and Jesperi Kotkaniemi only have three NHL seasons played between them, and Claude Julien has relied heavily on Danault to center their top line with Tomas Tatar and Brendan Gallagher for the last two seasons. Maybe this is to gauge Danault’s value on the market before he is signed to an extension or to actually trade him for a star player.

Mikko Koivu an Option for Montreal?

It will be no surprise if the Minnesota Wild part ways with 37-year-old center Mikko Koivu. He had been relegated to third line duties for the Wild and the team may be looking to get younger, Micheal Russo writes in a recent article for The Athletic:

“The Wild are looking to upgrade up the middle and get younger and faster. With Koivu now 37, the Wild are expected to move on from the club’s all-time leading scorer after his role diminished significantly last season.”

Montreal loves veteran centers. If Bergevin does decide to move on from Max Domi and/or Danault in any trade, Koivu could be an inexpensive option to fill a defensive void as well as play a leadership role for Kotkaniemi.

As Bergevin and the Canadiens continue making moves during this important offseason, keep an eye on The Hockey Writers and our new Podcast Network for the latest Canadiens news, notes and rumors.