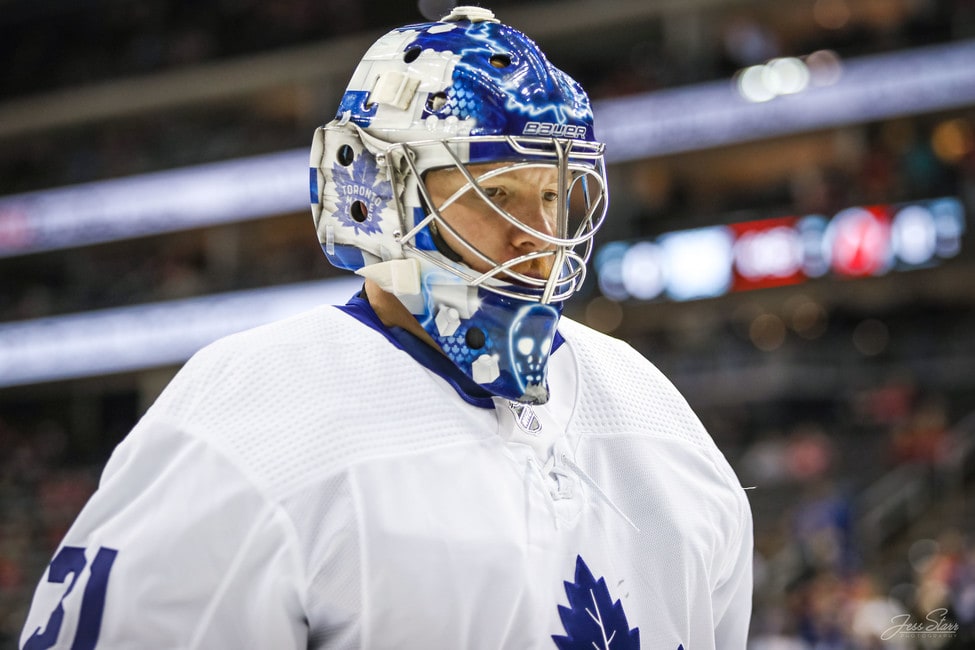 In today’s NHL rumor rundown, the Dallas Stars have new jerseys and a have officially named their new full-time coach. In Toronto, there is talk about how closely the Maple Leafs will watch Frederik Andersen’s season and if a trade or extension becomes the best option. Finally, should teams like the New York Islanders and Tampa Bay Lightning be concerned about all the renewed talk about an RFA offer sheets? Are the Predators the team to watch in that regard?

Questions About Andersen in Toronto

The expectation by the Toronto Maple Leafs is that goaltender Frederik Andersen will have a rebound season, but also that backup Jack Campbell will play more and push Andersen in a contract year. If either respond well, it could put Andersen in a position to get paid well in free agency next offseason or be moved.

We’re curious to see whether Andersen will derive any motivation from the fact he will be playing for a new contract. A sharp regular season, followed by playoff success, could make him one of the highest-paid goalies in free agency in 2021, even with the financial restraints that are still likely going to be part of the NHL landscape because of the coronavirus pandemic.

Nick Kypreos said he believes a strong season could mean he’ll get a deal similar to that of Jacob Markstrom – six years at $6 million per. If so, it could be interesting to see how the team approaches his contract if Campbell also plays well after getting more starts.

The Leafs will have cap issues again next offseason and if the ask is $6 million per season, they may not be able to afford him on an extension. They also won’t like the idea of losing him for nothing next offseason. The issue is, a Campbell-Aaron Dell tandem in the playoffs doesn’t make the team all that comfortable.

The Dallas Stars have officially removed the interim tag from Rick Bowness’ name as coach and announced he is now the head coach of the team. It was rumored he was agreeing to a deal but the official announcement hadn’t come from the team yet. It came on Thursday.

Bowness said of new full time job, “This team is very special for me. That time in Edmonton was unlike any I ever had in hockey, and it brought us together as a staff and a team.” He added, “We had a great run to the Stanley Cup Final, but we have some unfinished business left and we’re looking forward to the opportunity to build on what we started.”

The Stars had other news this week as they added a very unique and interesting third jersey to their rotation. A bright neon green has replaced the old traditional green and it’s getting some reaction online. They said of the design concept, the goal was to create something new and something “futuristic” and they wanted to move away from the existing uniform and logo.

As per the Athletic’s Sean Shapiro and Saad Yousuf: The three main points in the design were to: 1. make it radically modern 2. represent the next generation 3. screw the rules. Two of the other key rules were absolutely be no laces and no historical references to previous Dallas sweaters.

We mentioned yesterday that Sonny Sachdeva of Sportsnet is reporting that the New Jersey Devils could be a team primed to extend an offer sheet. But, they aren’t the only ones. Josh Wegman of The Score believes the Nashville Predators, Columbus Blue Jackets and Florida Panthers should attempt one as well.

The main target would be Mathew Barzal of the New York Islanders or a Tampa Bay Lightning RFA. Specifically, he believes it makes sense for the Predators to try a five-year deal worth $10.9 million annually for Barzal.

It would cost the Predators two first-round picks, a second and a third to the Islanders as compensation but it would probably be worth it. The Islanders are in jeopardy of being unable to match a lucrative offer sheet, even after already trading away Devon Toews.

The Preds are in win now mode as their blue line reaches the end of their prime playing years.