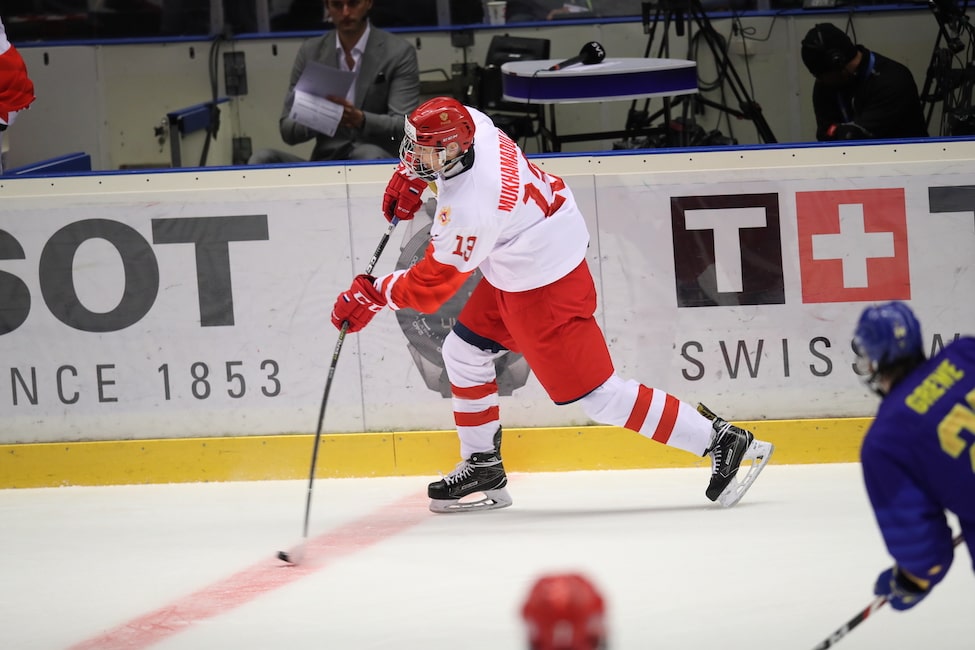 The 2020-21 National Hockey League season will finally get underway on Wednesday evening. This means teams across the league are making their final cuts and prospects are beginning to find out exactly where they will start the season. The Los Angeles Kings finally got to see their top 2020 draft pick up close and in person. The Montreal Canadiens most-recent first-rounder got his starting assignment. One of the New Jersey Devils’ top picks found the scoresheet in Russia. Finally, a late-round pick of the Chicago Blackhawks inked his first professional deal.

Heading into the 2020 NHL Entry Draft, there was little doubt that the New York Rangers were going to select Alexis Lafreniere with the first overall pick. The real drama came with whether the Kings were going to draft Quinton Byfield or Tim Stuetzle. Despite already having a well-stocked pipeline of centers, they decided to go with Byfield.

On Monday, he made his training camp debut after winning a silver medal with Team Canada and the World Junior Championship. He was one of three players from the WJC who completed their quarantine and got on the ice, joining Arthur Kaliyev and Tobias Bjornfot. He skated on a line in between Matt Luff and Trevor Moore.

“I think it was pretty exciting to be out there with all the guys, it was a good practice,” Byfield said after his first practice. “When it got underway, it was quite a bit of fun. It’s an exciting time, stepping out there for your first pro skate and just getting to know all the guys. The excitement level was pretty high today.”

In other Kings prospect news, another stand-out center, Alex Turcotte, missed practice with a lower-body injury. According to head coach Todd McLellan, he will likely miss Thursday night’s regular-season opener versus the Minnesota Wild.

Defenseman Kaiden Guhle was a longshot to make the Canadiens’ opening night roster and yesterday he was reportedly assigned to the American Hockey League (AHL). The Habs’ first-round pick (16th overall) of the 2020 NHL Entry Draft will head to Laval Rocket to start the season.

It is likely that he will return to the Prince Albert Raiders in the Western Hockey League, if and when their season begins. There has been a lot of speculation that the WHL will have a 24-game regular season beginning sometime in February, but no official announcements have been made. Guhle had two goals and an assist in his seven games at the World Junior Championship.

Mukhamadullin Finds the Back of the Net

The Devils used their third of the three first-round draft picks to select defenseman Shakir Mukhamadullin 20th overall. The 6-foot-4 blueliner has exactly what general managers in today’s NHL are looking for. He has the great skating ability to go along with his size and possesses a world-class one-timer

He showed in Salavat Yulaev Ufa’s 3-1 win over Sibir on Tuesday that he has some offensive smarts in his overall game as well.

Mukhamadullin showed some great awareness on this scoring play. He was quick to see that his path to the net was clear and immediately made it down the ice to use his backhand shot to put home a rebound. The 19-year-old has two goals and nine points while averaging 13:25 of ice time, in 31 games, in Russia’s top professional league.

Yetman Lands in the AHL

Chad Yetman had a breakout 2019-20 season for the Erie Otters by scoring 43 goals and 74 points in 61 games. His big performance led to the Blackhawks drafting him in the sixth round (172nd overall) of this past draft.

The original plan this season for Yetman was to return to the Ontario Hockey League (OHL) for his overage season. However, those plans changed thanks to the uncertainty surrounding the start of the OHL’s 2020-21 season. On Monday, he signed an AHL-contract with the Rockford IceHogs, the affiliate of the Blackhawks.

Yetman, 20, cannot be called up to Chicago unless he signs an entry-level NHL contract first. In three OHL seasons with the Otters, he had 73 goals and 147 points in 185 games. Last season, he became just the 14th player in franchise history to score 40 goals in a season. The only player to have more than one 40-goal season in Erie is Alex DeBrincat, who is currently skating on the Blackhawks’ top-line.