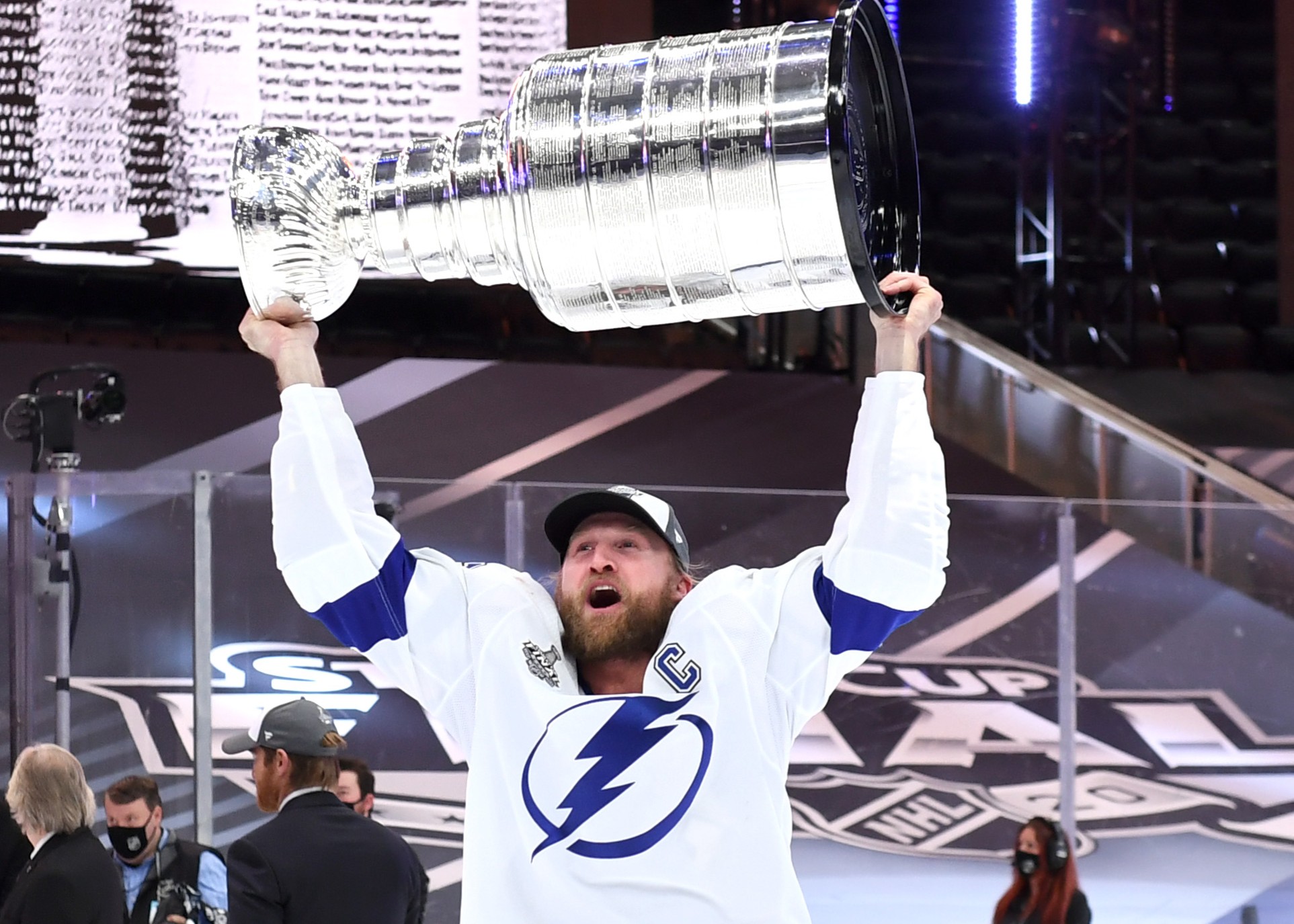 The Tampa Bay Lightning will have history on their side Wednesday.

The Lightning open defense of their Stanley Cup championship when they host the Chicago Blackhawks at Amalie Arena in one of five games on opening night in the NHL. The Lightning comes into the game with the best season-opening points percentage in NHL history: Tampa Bay is 18-7-1-1 (.704) in its first game since entering the NHL in 1992 — including 6-0-0 in its past six openers, the longest active winning streak in the NHL.

A victory would make Tampa Bay the ninth team in NHL history to win at least seven consecutive season-openers. Ironically, Tampa Bay’s first NHL game was also against the Blackhawks; on Oct. 7, 1992, the Lightning smoked the Blackhawks 7-3 at Expo Hall, their first home, with Chris Kontos scoring four goals.

Toronto Maple Leafs center Auston Matthews is one of four players in NHL history to begin his career by scoring in his team’s season-opening game in four straight seasons; the others are Dit Clapper (Boston Bruins; 1927-28 through 1930-31), Dave Andreychuk (Buffalo Sabres; 1982-83 through 1985-86) and Sergei Fedorov (Detroit Red Wings, 1990-91 through 1993-94). Matthews will try to become the first player to score in his first five opening-night games when the Maple Leafs host the Montreal Canadiens at Scotiabank Arena on Wednesday.

Columbus Blue Jackets forward Cam Atkinson has scored goals in each of his team’s last six season-opening games, dating to 2014-15. His streak is tied with Yvan Cournoyer of the Canadiens (six, from 1973-74 to 1978-79) and Mud Bruneteau of the Red Wings (six, from 1940-41 to 1945-46) for the longest such stretch in NHL history. He’ll try to make it seven in a row when the Blue Jackets open their season against the Nashville Predators at Bridgestone Arena on Thursday.

Mark Scheifele of the Winnipeg Jets has at least one point in each of his team’s past seven season-opening games, dating to 2013-14. That’s the longest active streak in the NHL.

The Maple Leafs and Canadiens are set to go head-to-head in a mutual season-opening game for the 18th time, the most among two opponents in NHL history. The Vancouver Canucks and Calgary Flames, Blackhawks and Red Wings, and Canadiens and Bruins share second with 11 such meetings.

The Pittsburgh Penguins and Philadelphia Flyers meet in a season-opener for each team for the eighth time overall but the first since 2012-13. They’ve split the first seven; each team is 3-3-1.

The two New York teams will face each other on opening night for the third time overall and the first since Oct. 13, 2016. The New York Rangers will host the New York Islanders on Thursday with someone other than Henrik Lundqvist in goal for the first time since 2005 when Kevin Weekes played in a 5-3 win against the Flyers.

Rookie Igor Shesterkin is expected to start for the Rangers. Lundqvist started 14 consecutive season-openers for the Rangers; the only goalie in NHL with a longer season-opening streak is Martin Brodeur, who started 18 in a row for the New Jersey Devils.

The Jets and Flames will play each other on their respective opening nights for the first time since the Atlanta Thrashers relocated to Winnipeg in 2011. The game at Bell MTS Place is the first between the teams in the regular season since Oct. 26, 2019, when the Jets defeated the Flames 2-1 in overtime at the NHL Heritage Classic in Regina, Saskatchewan. Calgary defeated Winnipeg in the best-of-5 Stanley Cup Qualifiers. The Flames are 0-9-1 in their past 10 season-openers since Oct. 1, 2019.

Colorado Avalanche coach Jared Bednar will try to stay perfect on opening night. He takes a 4-0-0 record into Colorado’s game against the St. Louis Blues at the newly renamed Ball Arena in Denver. A win will make him the sixth coach in NHL history to start his career with five or more season-opening victories. Ton Renney holds the NHL record with nine.

Marc-Andre Fleury of the Vegas Golden Knights has nine wins in his teams’ season-openers. He can tie Curtis Joseph and Brodeur (10 each) by defeating the Anaheim Ducks on Thursday.

Washington Capitals teammates Alex Ovechkin and Nicklas Backstrom enter the new season as the active leaders in goals (11) and assists (14) in season-openers, respectively. Ovechkin is three goals short of the all-time lead shared by Michel Goulet (14 in 13 games) and Dino Ciccarelli (14 in 16 games). Backstrom, who has never scored an opening-night goal, has a long way to go to catch Jaromir Jagr (26 in 23 games) for the assist lead in season-openers.

But it’s hard to see anyone catching Jagr for the all-time points lead in season-opening games. He’s got 39 (13 goals, 26 assists); Ray Bourque is next with 30 (nine goals, 21 assists). Ovechkin and Chicago’s Patrick Kane share the lead among active players with 18 points, meaning they’re less than halfway to Jagr’s total as time begins to run out on their careers.