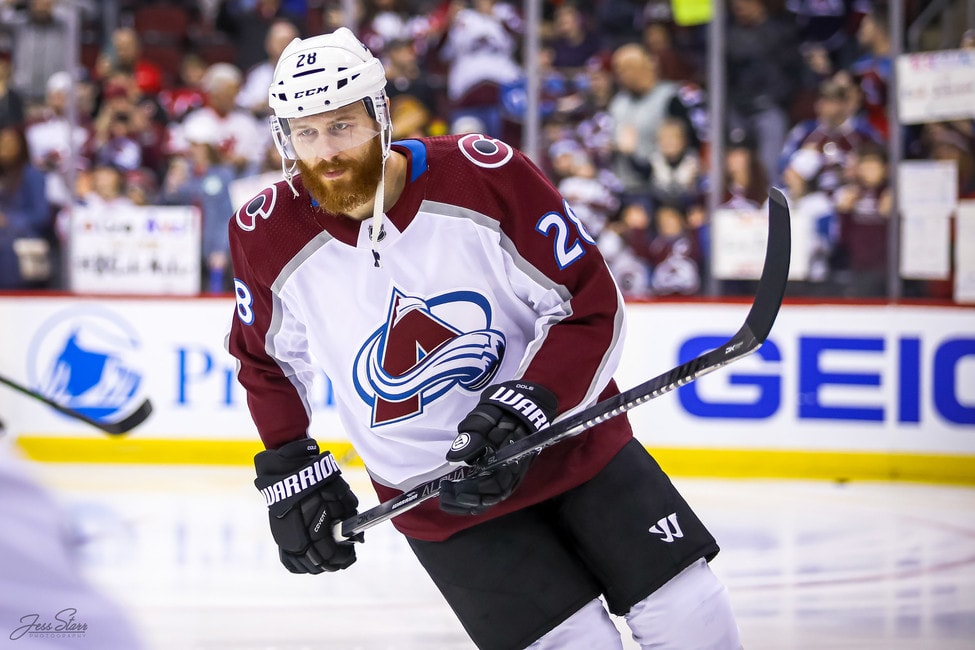 The Minnesota Wild have traded defenceman Greg Pateryn to the Colorado Avalanche in exchange for defenceman Ian Cole.

Pateryn, now 30 years old, is a former 5th round pick by the Toronto Maple Leafs back in the 2008 NHL Entry Draft. However, the Montreal Canadiens was where in 2012-13 he finally got his first taste of NHL hockey. He also played a couple of seasons with the Dallas Stars before signing with the Wild in 2018 as a free agent.

Pateryn has two assists in the team’s first three games. The pending UFA has a cap hit of $2,250,000 and has 103 games played as a member of the Wild.

At 31, Cole is a little bit older but has much more NHL experience under his belt with 543 NHL games, compared to Pateryn’s 270. Cole has also appeared in 89 playoff games, which includes two Stanley Cups with the Pittsburgh Penguins in 2016 and 2017.

Wild’s Defence Gets Even Deeper

The Wild’s top four of Spurgeon, Suter, Dumba, and Brodin is still set in stone. Meaning, Cole (who has played top-four minutes in his career) will be a welcomed addition to the Wild’s bottom pair.

As this tweet shows, Cole’s team often controls the puck a lot when he is on the ice. He knows how to move the puck exceptionally well, even if his career stats don’t showcase him as much of a point machine.

He can also eat up ice time. Cole has averaged above 15 minutes of ice time a game in every season since 2013-14. Fifteen minutes of ice time is more than the traditional bottom pairing will accrue over a game, so Cole is excellent insurance to have if they need him to jump up into the top four at some point due to injuries or other factors.

Cole has also had success with killing penalties. With the Penguins, he was a vital component of the team’s penalty-killing unit, and it struggled when he departed.

Cole makes the even Wild deeper on defence than they already were. Opposing teams are in for a tough time against this defensive group.

Avalanche Find Balance on the Back End

The Avalanche head coach Jared Bednar now has a situation that most coaches dream of: having three right-handed and three left-handed shooting defenders.

With Samuel Girard, Devon Toews, and Ryan Graves on the left side and Erik Johnson, Cale Makar, and now Pateryn on the right, this defence still looks elite. The Avalanche have enough defencemen who are offensively gifted. Makar and Girard will get plenty of points from the back end.

Pateryn, who is 6’3” and 223 lbs, is a steady, stay at home defenceman who the Avalanche can trust in their zone. He’s been a reliable defensive player for a long time.

He can block shots, be physical in the corners, and clear the front of the net of opposing players trying to screen the goaltender. Don’t expect much offence from Pateryn, who only has four goals and 37 assists in 270 games.

One for one trades are becoming less and less common in the NHL these days, but both teams look to have upgraded their defence in a way unique to their situation with this deal.