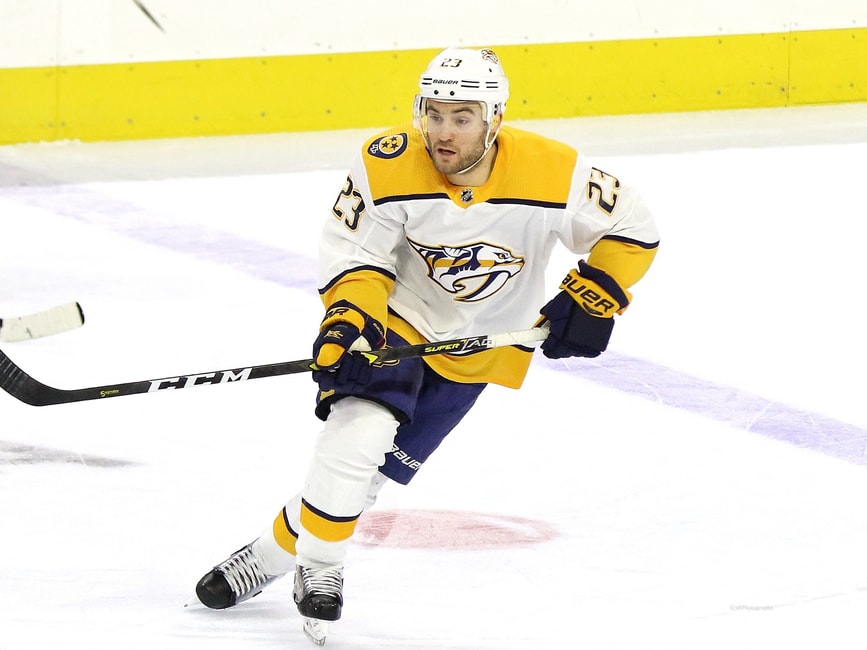 The Nashville Predators got off to a good start in this abbreviated 2019-20 season with two wins over the Columbus Blue Jackets, scoring eight goals against a notoriously stingy team. Their back-to-back set against the Carolina Hurricanes didn’t quite go as planned, with the first game a 4-2 loss where they looked flat and game two getting postponed due to positive Covid tests from multiple Hurricanes. In all, the Predators have 10 goals through their first three games, with all of their scoring thus far coming from the forwards.

Looking back a few years, the Predators actually have a history of storming out of the gate and settling comfortably into a playoff spot by the end of the season. In a shorter season, a hot start means a lot more towards the final place in the standings, and it would bode well for Nashville if they could finish top-two in the division, locking up home ice at least for the first round. So far, so good, and that is largely due to the added depth at forward, which has allowed the Predators to dictate the pace and impose their own game.

Not for lack of trying, it seems, but general manager David Poile did not add any star talent to the roster at all in the calendar year of 2020. This is the first year in a long time that Poile has not made a big splash with an impact acquisition for the team — the last one being Matt Duchene in 2019 (depending on how you view Nick Bonino). Fortunately, the team didn’t need another star player; all they really needed is some health and a bit of a rebound from the top four on offence. From there, the rest of the group just needs to fall in line behind them.

To this point, that is exactly what has happened. Every line has scored at least one goal for the Predators, and it has fallen into place around a solid start from Filip Forsberg and the newly acquired Luke Kunin, who has not missed a beat to begin the season. Rocco Grimaldi has looked excellent on a third line full of energy, while the fourth line also has a score courtesy of Brad Richardson and awaits reinforcements with Mikael Granlund still out of the lineup. In the meantime, the Predators have been able to see a few of their depth players (Cole Smith and Mathieu Olivier) in game action.

Expect to see some line juggling when Granlund is able to make his debut, with the final result possibly being Granlund taking the third-line right wing slot and Nick Cousins dropping down to the fourth line. Having an asset like Granlund on the third line really lengthens the lineup, and with Cousins as the 12th forward, there isn’t a weak point to be found. This would mean that youngsters Yakov Trenin and Eeli Tolvanen, along with Smith and Olivier, can fill in as needed when injuries arise, but that they won’t be given more than they can handle.

When John Hynes took over as head coach of the Predators in early January of 2020, he immediately cut the ice time for the top players and started rolling four lines a lot more evenly. It led to mixed results, and in the end, an early playoff exit. This season, with a more balanced group of forwards, rolling four lines is much more palatable and has been yielding positive results on both ends of the ice.

With the lineup as it is now, Hynes can toss out any line and not have to worry particularly about line matching against opponents’ top lines. Having the flexibility to play his players in his way and not have the game dictated by the lines of the opposing coach is a huge advantage towards pushing the game’s pace.

While this season doesn’t appear to be much different with no forward having seen 19 minutes of ice time in a game, the top line has played about a minute more per game than they did last season. Only one skater had under 10 minutes of ice time, and that was Smith (Cole, not Craig) when Hynes cycled him in for a game.

Through the team’s first three games, Ryan Johansen has the lowest faceoff percentage on the team at 49%. Over the course of his career, he has won faceoffs at a rate of 51% or higher every year since his rookie season. The rest of the group stacks up well, too, with Colton Sissons at 50%, Brad Richardson at 59%, and Matt Duchene leading the way at a whopping 61%. The Predators shipped out Nick Bonino and his career 50% rate in the offseason trade that brought in Kunin, and that exchange seems to have balanced out the roster nicely.

The depth of the team, especially at centre, might even take some pressure off Johansen. Ideally, this would help him fit into a role as a top-six centre without having to be a star contributor. As Ashley Grant mentioned in an article before the season, the Predators’ depth down the middle can be a key difference in seeing playoff success this season versus when it was a weakness in the 2017 Stanley Cup Final loss.

In the end, a better result in the playoffs is the only way for the season to be a success for the Predators. From the first few games, it looks as though the forward group is ready to help lead the way towards those improved results.