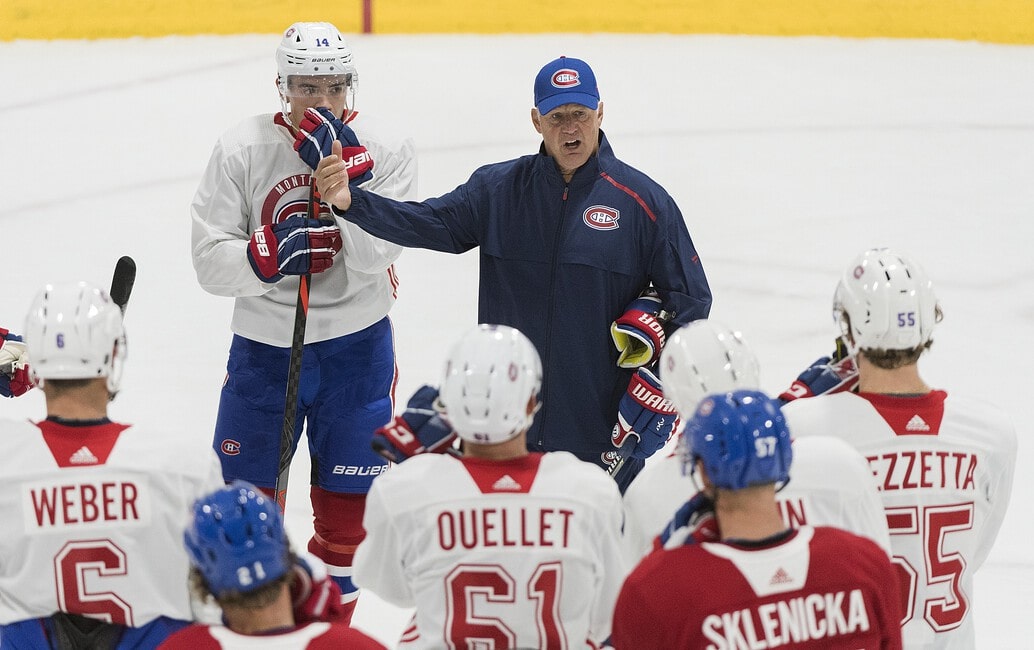 Maybe it’s for the best that the Montreal Canadiens have started to struggle to the point that the third-place Edmonton Oilers have tied them in the standings. After all, home-ice advantage hasn’t worked out like the Habs thought it would.

It’s obviously still early in the season, and the Canadiens can bounce back from their recent struggles. And, to the Canadiens’ credit, head coach Claude Julien was always up front about how the fast 4-0-2 start wasn’t necessarily going to last, admitting: “We’re going to run into adversity at some point… We can’t take [the good start] for granted. We know there are going to be challenges along the way.”

Who knew those challenges meant coming home? Albeit to an empty Bell Centre?

With exception to an additional regulation win over the Calgary Flames in their first game back, in which they gave up two late goals setting the stage for their struggles since, the fall from grace has been somewhat precipitous. Excluding that 4-2 win over the Flames to bring their record to 5-0-2, the Habs are 3-4 since (8-4-2 overall).

It was probably too early to sing the Habs’ praises after they showed such dominance in the season’s early going. And, if it was too early then, it’s likely too early now to push the panic button. One bad stretch doesn’t make a season… even if the two eight-game losing streaks in 2019-20 kinda did.

Joking aside, the fact of the matter is simple: The Canadiens may not be as good as fans first thought, but they’re not as bad as they’re playing now either, as teams begin to tighten things up after a protracted training camp.

Canadiens on the Road vs. Habs at Home

The issue is how, coincidentally or not, the struggles have come almost universally at the at-times friendly confines of the Bell Centre. To illustrate, two of the three wins of the recent 3-4 stretch came against the seriously struggling Vancouver Canucks.

The other was against the last-place Ottawa Senators, which is significant for two reasons. Firstly, the Sens beat the Habs in an especially disappointing loss a few days earlier. Secondly, it was a home-and-home, meaning the Habs lost to the Sens at home and only beat them on the road. On the road, the Habs are still an impeccable 5-0-2.

In other words, despite the historically fast start to the season on the road, the Habs have been below-average at home, losing not just to the Senators, but to the Oilers, Flames and Toronto Maple Leafs, the latter of whom having established themselves as the class of the division so far. Not too long ago, many said that about the Canadiens.

Really, statistically, the Canadiens have only shown an improvement while down a man at home, relative to on the road. However, even then, the improvement to an overall mediocre penalty kill has been negligible. They also scored an additional shorthanded goal on the road (four vs. three) to further negate the difference.

Under normal circumstances, it would be easy to chalk up the Canadiens’ struggles at home to the pressure of performing in front of fans. Clearly, that can’t be used as an excuse. It shouldn’t be used as one in any case, but it would make even less sense now. There’s also the benefit of last change.

As Tyler Toffoli laid out during a media-availability session ahead of the home opener: “The away team’s the one who’s traveling… I think being the home team, you definitely feel a little more rested.”

Josh Anderson broke it down further, following the Habs’ successful road trip to start the season, in the lead-up to that first home game against the Flames: “Obviously you’re in your place, your comfort zone… it’s still a little bit of an advantage, just the way the rink’s laid out.”

So, really, the only way to explain it would be a false sense of security of some sort. However, even that would be a stretch, considering the turnover in the offseason, with neither Anderson nor Toffoli having played at the Bell Centre as Canadiens prior to this season.

While the home loss to the Senators was probably the first sign the Canadiens weren’t as good as their initial success might have indicated, they did follow it up with a win. It was their most recent loss to the Maple Leafs that was maybe the most heartbreaking defeat they’ve suffered, because the Leafs had become the yardstick for success.

Anderson had been confident prior to the game, when asked about the general belief the Leafs might be the best Canadian team this season: “We’re right there with them. They obviously have a lot of skill, but we’re a pretty good hockey team too. I guess we’ll find out tomorrow night,” he said, having gone on record as saying he thought the Habs had been better than the Leafs on opening night, when they lost 5-4. Now 0-1-1 against the Leafs, despite the close defeats, it’s getting harder for the Canadiens to make the same argument, that they’re “right there with them.”

So, the back half of this makeshift home and home series with the Leafs presents the perfect opportunity for the Canadiens. Facing them Saturday night on the road this time, the Habs have the chance to head into their week off, six full days without a game, immediately afterward on a high note, quasi-confident that it really is home cooking that’s to blame (and to then start ordering out more often). Of course, it is a pandemic, so how much more often can people order out these days?

In any case, if the Canadiens fail to show a much better effort, they will at least get a mini-training camp to work on what ails them. Considering how they played immediately after their last training camp, that can’t possibly be a bad thing.

“It’s an opportunity to work on every part of our game that we want to work on,” said Julien on Friday. “We’re going to manage that week really well, so that we can hopefully get ready for a really intense schedule after that.”

Conveniently enough, it starts with yet another game against the Leafs… at the Bell Centre. One way or another, the Canadiens and their fans won’t have to wait long to find out how they stack up against the North Division’s best, if this recent stretch of disappointment is just a phase or not. If it isn’t, it won’t really matter whether they finish in the standings.

NHL Power Rankings: Biggest offseason need for all 31 teams
Devils visit the Islanders following overtime victory
3 Takeaways From Avalanche’s 4-3 Win Over Sharks
Inside Jason Robertson’s journey to his 2021 breakout
It appears patience is no longer a virtue for the Rangers