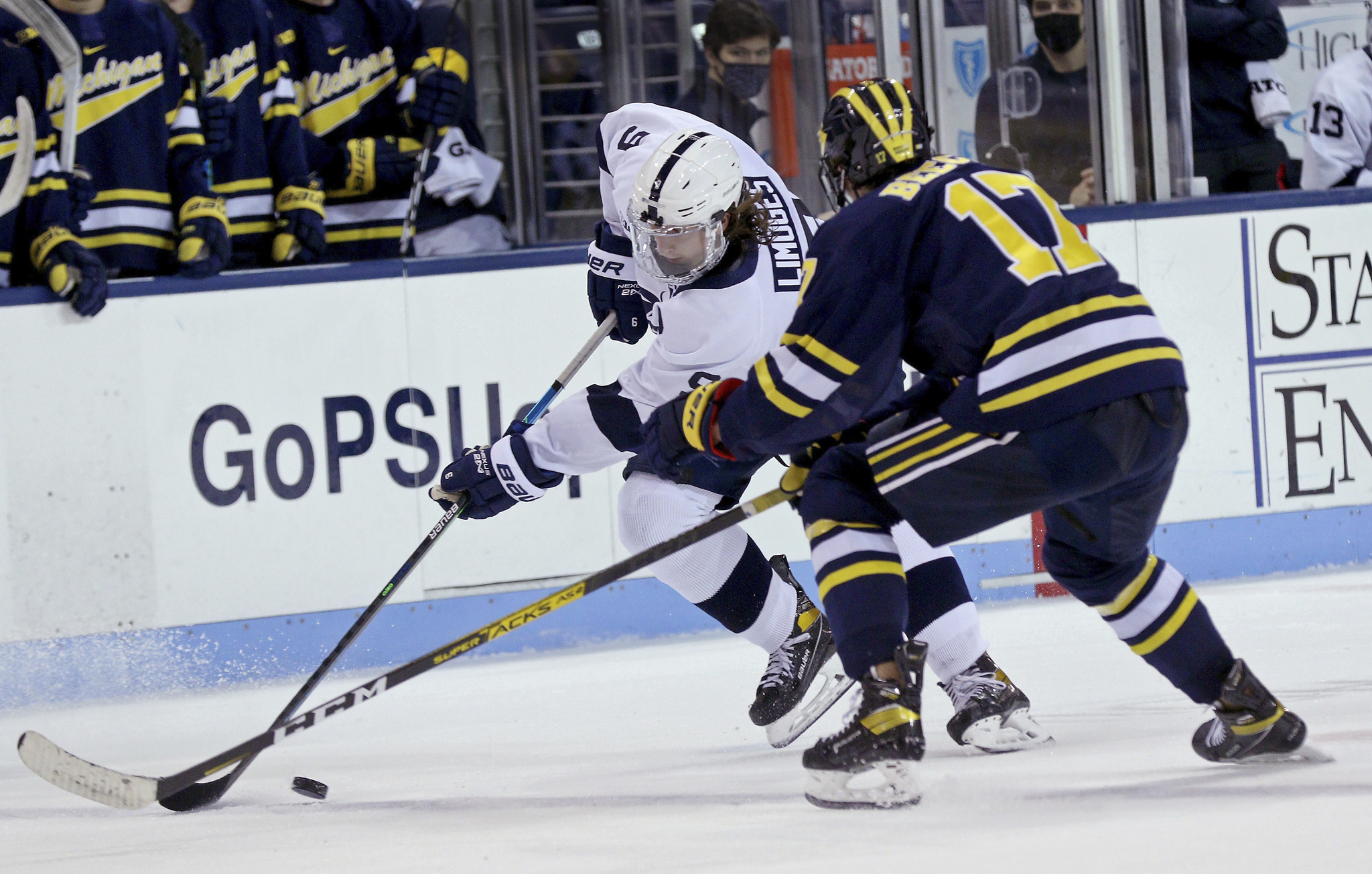 We’re back with another Anaheim Ducks prospect update. Benoit-Olivier Groulx helped ease the loss of Trevor Zegras, as he recorded five points in two games for the San Diego Gulls last week. Ian Moore and the Chicago Steel got the best of Henry Thrun as they advanced to the United States Hockey League Eastern Conference Finals. Albin Sundsvik’s season came to an end as Skellefteå AIK fell to Rögle in the Swedish Hockey League playoffs. Welcome back to our series updating you on some of the Ducks’ top prospects and picks from the NHL Entry Draft.

Groulx Steps Up in Zegras’ Absence

The Gulls had a two-game stint against the Tucson Roadrunners last week and split the games, winning the first by a final score of 5-3 and losing the second meeting 9-2. With Trevor Zegras being called back up to the Ducks, others had to step up in his absence, and that’s just what Benoit-Olivier Groulx did. The former Moncton Wildcats captain has picked up his game offensively over the last nine games, in which he’s recorded four goals and eight assists for 12 points. In last week’s games alone, he recorded five assists to bring his season totals to ten goals and 16 assists for 26 points in 36 games played.

Lukas Dostal extended his winning streak to eight games last week as he backstopped the Gulls to a 5-3 victory over Tucson. He stopped 25 of 28 shots on goal and improved to a 13-7-0 record with a 2.95 goals against average (GAA) and a .917 save percentage (SV%). He ranks sixth in the league in SV% and fourth among goalies who have played at least ten games. He ranks third in wins, trailing only Logan Thompson (14) and Stuart Skinner (17). Olle Eriksson Ek struggled in his only start, allowing five goals on 19 shots against and was pulled for Jeff Glass. He now has a 7-5-1 record with a 3.08 GAA and a .903 SV%.

Sundsvik’s Season Comes to an End

Albin Sundsvik and Skellefteå AIK’s season came to an end last week, as they lost their best-of-five series against Rögle. Heading into the week, they had lost the first two games of the series but battled back to force a final deciding game five, which they ultimately lost 4-0. Sundsvik continued to play a limited role in all three games, playing 8:42 in Game 3, 12:50 in Game 4 and 10:02 in Game 5. He was held pointless in all three games played and recorded three shots on goal. He finished the playoffs failing to register a point in all 12 games played. He will likely be back with Skellefteå for the 2021-22 season, but we will wait to hear more on that later in the year.

Henry Thrun and the Dubuque Fighting Saints’ season came to an end last week when they dropped their best-of-three series to the Chicago Steel. They lost Game 1 by a final score of 2-1 and Game 2 by a final score of 6-1. He failed to register a point in either game and recorded five shots on goal. He finished the season with eight goals and 14 assists for 22 points in 24 games played, which ranked second among defensemen on his team.

Ian Moore and the Steel emerged victorious and will now take on Muskegon in the Eastern Conference Finals. He recorded one assist in two games played and ten shots on goal. He finished his rookie USHL season with ten goals and 14 assists in 45 games played, which ranked ninth in team scoring and third among defensemen. Their best-of-three series begins on May 7 at  7:05 p.m. CT.

Tracey’s four-game point streak came to an end last week as he failed to register a point in both of the Victoria Royals’ first two games. He still finished the week with three assists to bring his season totals to eight goals and 11 assists for 19 points in 17 games played.

He leads Victoria in goals, assists, points and power play goals and ranks third on the team with 44 shots on goal. He had seven goals and 16 assists for 23 points in 24 games played with Victoria last season and has seen a notable increase in production this year.

Thanks for checking out our latest prospects update of the 2020-21 season. Stay tuned for a fresh update on Ducks prospects from major junior, NCAA, Europe, and around the world.

In the meantime, if you want to hear my thoughts on the team’s prospects and current affairs, check out The Forever Mighty Podcast for all the latest Anaheim Ducks talk and analysis.

Fan of the Anaheim Ducks for my whole life. I’m a die hard fan living in London, Ontario. Excited to be writing about the team I love. Talking all things Ducks on the Forever Mighty Podcast!