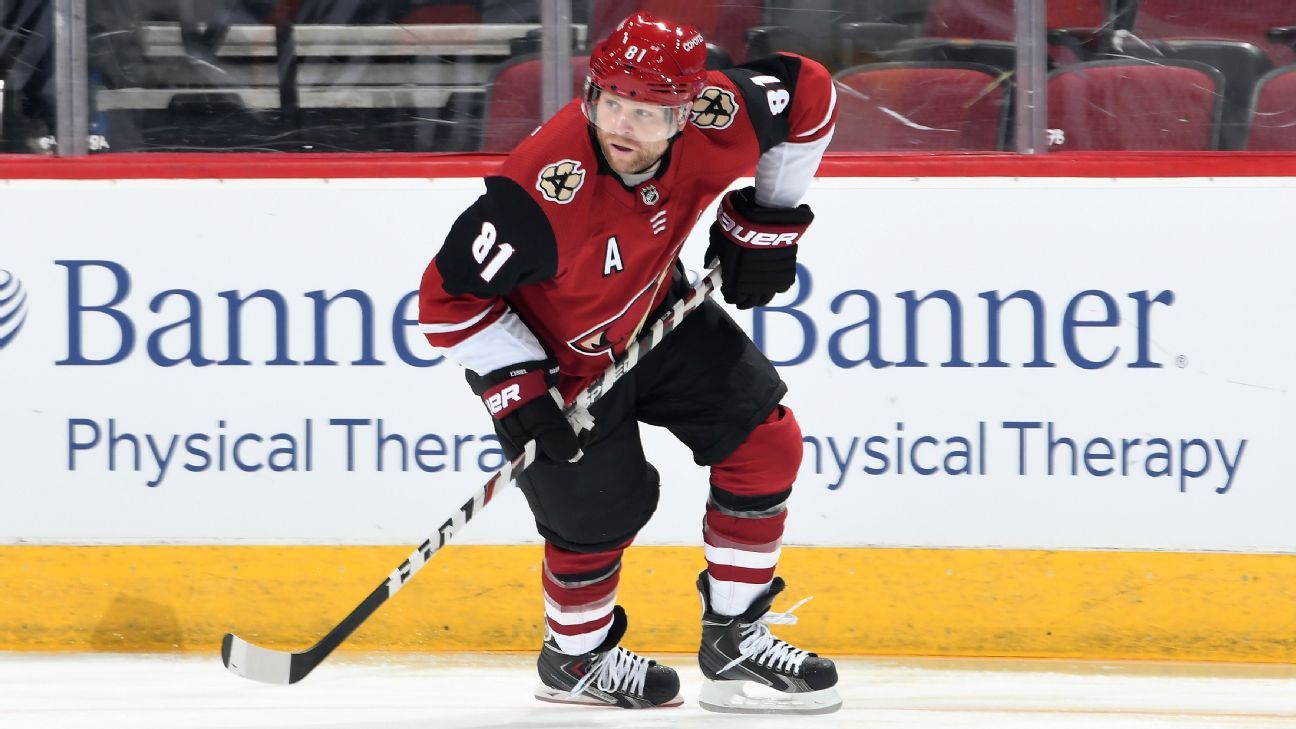 Veteran goal-scorer Phil Kessel was acquired this summer to ignite an Arizona Coyotes team that struggled offensively last season. Can he carry them to the playoffs? Here’s everything you need to know about the the Coyotes heading into the 2019-20 NHL season:

The big question: Can Phil Kessel ignite the offense?

The Coyotes scored 2.55 goals per game last season, which ranked 28th in the NHL. Part of the problem: a woeful 8.3 shooting percentage, which was third worst in the league. Need goals? Go get a goal-scorer, which is what GM John Chayka did in acquiring right wing Phil Kessel, who had fallen out of favor with the Pittsburgh Penguins after helping them to two straight Stanley Cups. Only 14 players in the NHL have scored more goals than Kessel’s 172 since 2013, and the trade reunites him with Coyotes coach Rick Tocchet, who helped get the best out of Phil in Pittsburgh as an assistant. He may not solve all the Coyotes’ problems, but the durable forward — our sweet Phil hasn’t missed a game since 2010 — certainly addresses their hunger for goals.

Along with Kessel, which cost Arizona center Alex Galchenyuk, the Coyotes picked up Carl Soderberg from Colorado in a deal that sent defenseman Kevin Connauton to Denver. They retained a few of their own restricted free agents, too.

Under new owner Alex Meruelo, the Coyotes are capped out for the first time in recent memory, and have 16 players under contract for 2020-21 — including Kessel, whose deal runs through 2022.

The Coyotes’ offense rises, but their goals-against average takes a hit due to injuries and Darcy Kuemper regressing after a career year.

Can someone re-breakout? Schmaltz, whom the Coyotes signed to a seven-year contract extension earlier this year, had a breakout season in 2017-18 with the Blackhawks (21 goals, 31 assists) before falling off the map the following season. He was acquired from Chicago for Dylan Strome (who promptly had his own breakout season for the Blackhawks). Schmaltz is a talented center who controls zone entries, and had 14 points in 17 games for Arizona last season. He’ll be a vital piece for them on their second line.

Catch more than 180 NHL games streaming live this season on ESPN+. Click here for the upcoming schedule and to learn how to subscribe.

Penalty killing. Both seasons under Tocchet have seen the Coyotes have an outstanding kill, ranking third in the NHL overall during that span (82.3 percent). Full marks to Niklas Hjalmarsson and Brad Richardson as two major reasons why.

The “what ifs” on the roster. Kessel, Clayton Keller, Derek Stepan and Schmaltz should all provide offense. Oliver Ekman-Larsson and Hjalmarsson are both studs on the blue line. If healthy, and if there’s no regression, Kuemper and Antti Raanta can be an effective goaltending battery. But there are so many other names on this roster that falls into the “boom or bust” category — and unfortunately, some of them are signed well beyond this season.

Aside from the owner/GM/coach ranking (No. 27), this is a consistent — it not overly impressive — team, according to our panelists: No. 18 in cap/contracts, and No. 19 in both prospects and NHL roster.

The Kessel effect is about to take hold in Arizona. While Phil himself will undoubtedly score with habitual aplomb, it’s more interesting to predict his influence on linemates. Although Derek Stepan appears first in line to center the former Penguin/Leaf/Bruin, Nick Schmaltz may eventually prove the better fit. Wingers Clayton Keller and Christian Dvorak both stand to benefit from Kessel’s bent for production, depending on how the Coyotes’ top six sorts out. Coach Rick Tocchet’s preferred formation is worth monitoring right up until the start of the regular season.

Another player who will undoubtedly profit from Kessel’s arrival is Oliver Ekman-Larsson. The Coyotes’ top defenseman enjoyed his best season, notching 55 points, back in 2015-16. He’ll better that tally with ‘Phil the Thrill’ playing on the top line and No. 1 power play. Fantasy managers shouldn’t overlook Ekman-Larsson as an asset with much upside, including hefty on-ice minutes.

The Coyotes are purportedly happy enough to utilize their two competent netminders in tandem fashion, at least they’ll start this campaign that way. As such, neither Antti Raanta nor Darcy Kuemper carry much fantasy weight, unless one grabs the gig and runs with it. Outside of the deepest of leagues, managers are advised against investing in either until then. — Victoria Matiash