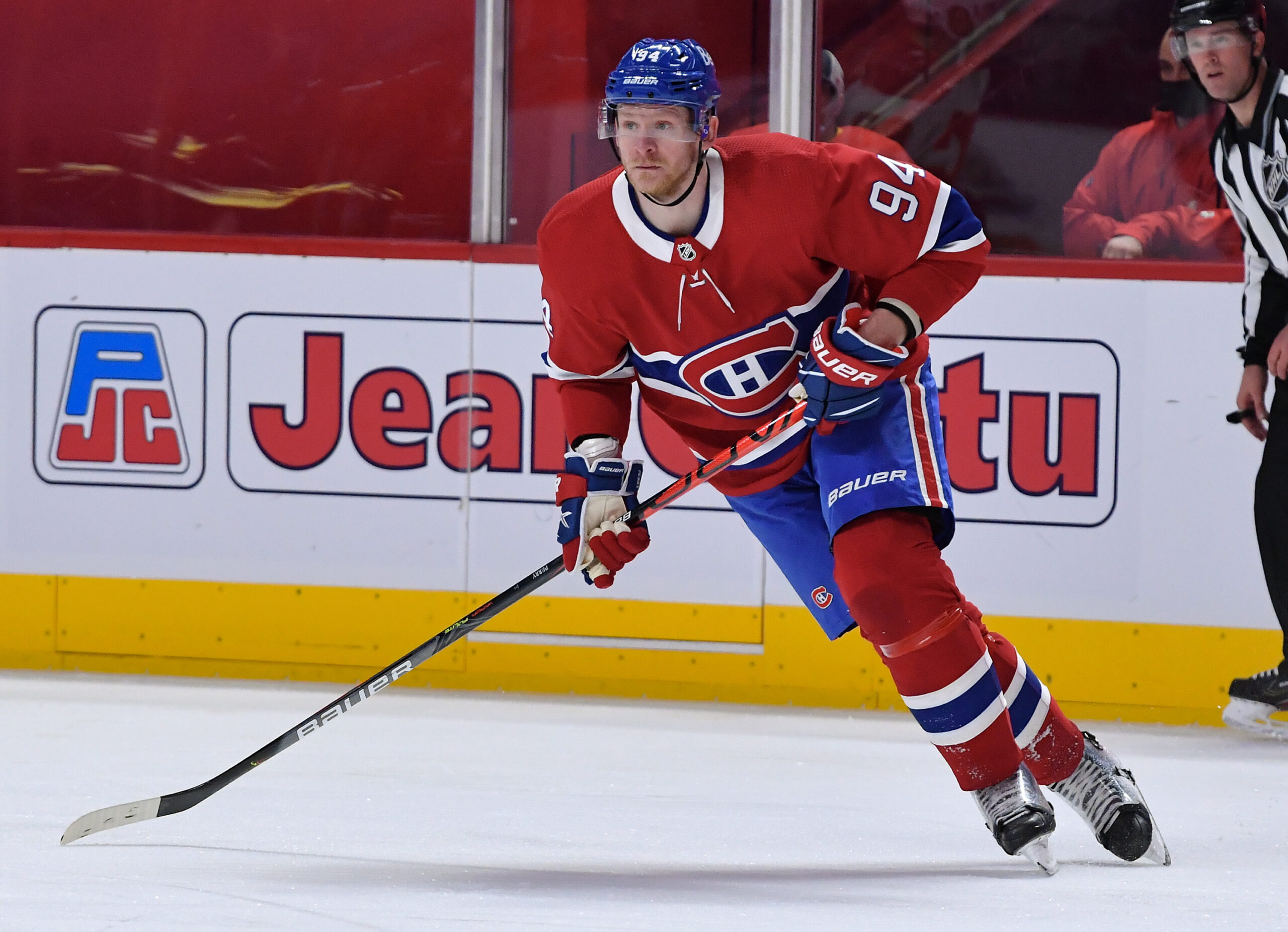 The Montreal Canadiens find themselves in the Stanley Cup Semifinals for the first time since 2014. With a good mix of youth and experience, the team came together at the perfect time to make their run for Lord Stanley. The most surprising part of the team in this season’s playoffs is the play of the fourth line, featuring Eric Staal, Corey Perry, and Joel Armia. This line has been instrumental in helping the Canadiens win their first two series.

Perry Has a Resurgence With Canadiens

Last season, Perry was playing for the Dallas Stars. He had a mediocre regular-season showing, with only 21 points in 57 games, but a whole new Perry emerged once the playoffs started. The veteran helped the Stars reach the Cup Final, and in 27 playoff games, had nine points, including five goals – the same amount he had in the regular season. This season with the Canadiens has been no different. Perry was signed by general manager Marc Bergevin just before the season began and had a bit of resurgence, scoring 9 goals and 21 points in 49 games.

Points-wise, Perry didn’t have much of a resurgence at all; he matched his point total from a season ago in eight fewer games, which is better, but it’s only a small gain in his points per game (PPG) average. Perry started the season on the taxi squad, however, he never went back once he did crack the lineup. He was able to play anywhere in the lineup, was a factor on the Canadiens’ power play (PP), and became a leader in the dressing room, to the point he even wore an “A” on his jersey when Shea Weber and Brenden Gallagher were out with injuries. It was his experience and leadership that powered his revival and was invaluable to the Canadiens young roster.

When Staal was acquired from the Buffalo Sabres, the trade wasn’t a surprise because the Canadiens needed depth at center and a veteran to help guide young guns Nick Suzuki and Jesperi Kotkaniemi. Staal came in like a gangbuster, scoring the overtime goal in a win over the Edmonton Oilers, then fizzled out hard for the rest of the season, scoring only two points in the following 20 games after his debut.

At the end of the season, Canadiens management mentioned Staal was dealing with an injury that hampered his play. This makes some sense because Staal was not a factor in the lineup except for his first game. Many fans and media questioned why he was getting in the lineup over younger players like Jake Evans and Kotkaniemi. A rumour even developed that one of the stipulations of the trade was that he had to play. Whatever the reason was that he stayed in the lineup despite his poor performance, only the Canadiens coaching staff knows.

Starting Staal and Perry Was the Right Choice for the Playoffs

When the Canadiens season finished, they had almost a week off before they began the first round against the Toronto Maple Leafs; this gave time for some of the players to heal and rest; we all know the Canadiens were playing four games a week in the final three weeks of the season. This brought up some questions about how to start the series: both Staal and Kotkaniemi struggled in the last 20 games for the Canadiens, and Perry also showed signs of slowing down. Many thought Staal would be left out for Evans and Kotkaniemi, while Perry would sit for rookie Cole Caufield, but that wasn’t the case to start, and it ended up being the right move.

Staal and Perry’s guidance and experience have been a huge boost for this Canadiens team during the playoff run. Not only are they putting points on the board, but they are keeping the spirits of the players high on the bench by giving positive advice to the younger players during the game. The Canadiens probably wouldn’t have come back and beat the Leafs if it wasn’t for Staal and Perry’s veteran leadership and experience.

After the Canadiens stormed back to upset the Leafs, they were tasked to play a rested Winnipeg Jets team, who finished the first round with a sweep of the Edmonton Oilers. The Canadiens, however, came out flying and a lot of it had to do with the play of the fourth line, featuring Staal, Perry and Armia. The line produced eight points, including four goals, in the four-game sweep. Keep in mind that Armia’s two goals were shorthanded and not actually scored while playing on the fourth line.

The line didn’t just produce either – it created some of the best offensive end cycles in the series, hemming the Jets’ defence in their zone for well over a minute sometimes. This sustained offence disrupted any gameplan the Jets had to mount an offence and quickly tired out the line they were up against. This helped set the tone for the games and allow the Canadiens to keep sustained pressure on the Jets throughout the series and allowed the Canadiens to sweep the Jets 4-0.

With a matchup against the Vegas Golden Knights looming, the Canadiens need to keep in mind the job they did to get to where they are now. Perry and Staal will help keep the younger players focused by teaching them through their many years of experience in the playoffs. Both players have won Stanley Cups and have been down this road many times, and Perry was in the Cup Final just last season. The experience and leadership from Staal and Perry are mixed with the skilled youth, which is why the Canadiens are just four wins from the Stanley Cup Final.

Trege Wilson lives in Nova Scotia and is a member of the RCN. He is a life long Habs fan and is creator and co-host of the popular Canadiens podcast Habs Unfiltered.