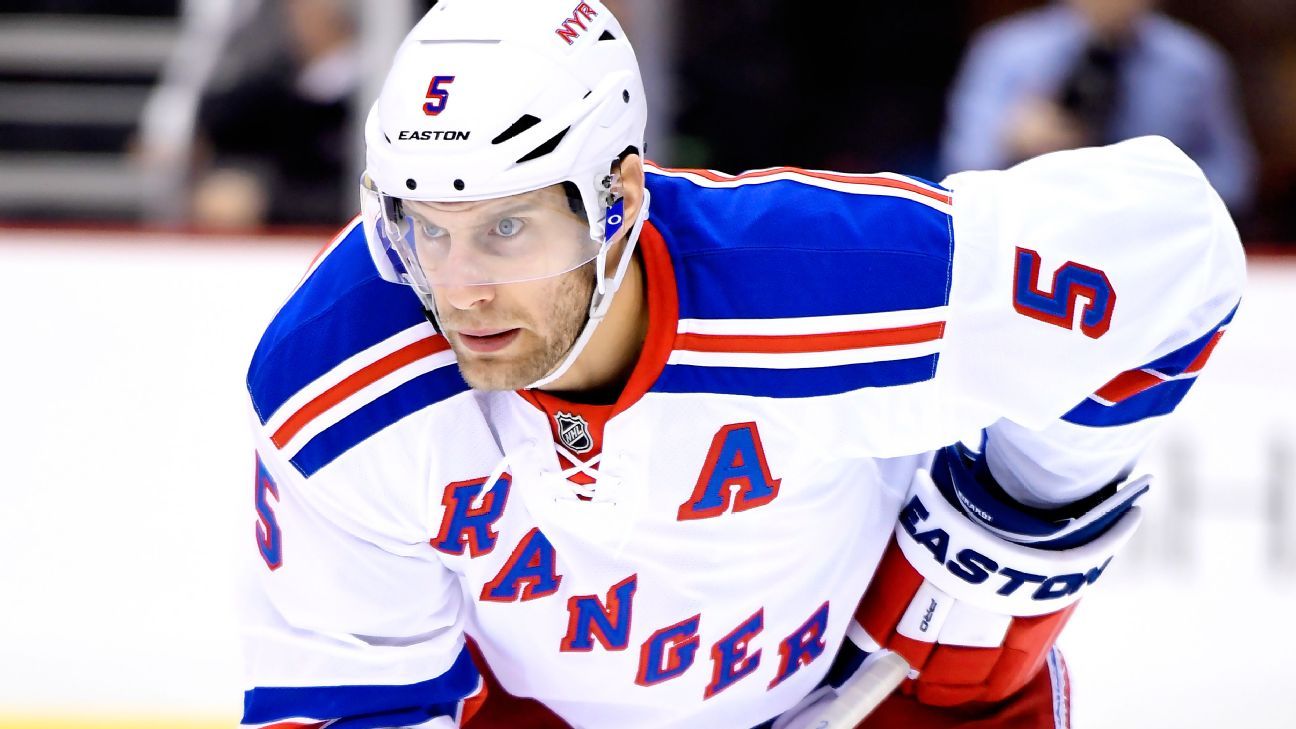 Former New York Rangers and Tampa Bay Lightning defenseman Dan Girardi has announced his retirement from the NHL after 13 seasons.

Girardi appeared in 927 games, finishing with 56 goals, 264 points and a plus-78 rating. He also played in 143 playoff games, four Eastern Conference finals and one Stanley Cup Final over 11 seasons with the Rangers and two with the Lightning.

The 35-year-old defenseman entered the league with New York as an undrafted free agent in 2006 and appeared in 788 regular-season games with the Rangers, helping them reach the playoffs 10 times. He signed with Tampa Bay as a free agent in 2017 and had 10 goals and 24 assists the past two seasons.

In addition to ranking 30th all time in playoff games played by a defenseman, Girardi blocked more shots — 1,954, nearly 1,700 of them with the Rangers — than any other player since the NHL began keeping the statistic for the 2005-06 season.

The Rangers announced Friday that they have agreed to terms with free-agent defenseman Tony DeAngelo, who had four goals and 26 assists for New York last season.

The Associated Press contributed to this report.