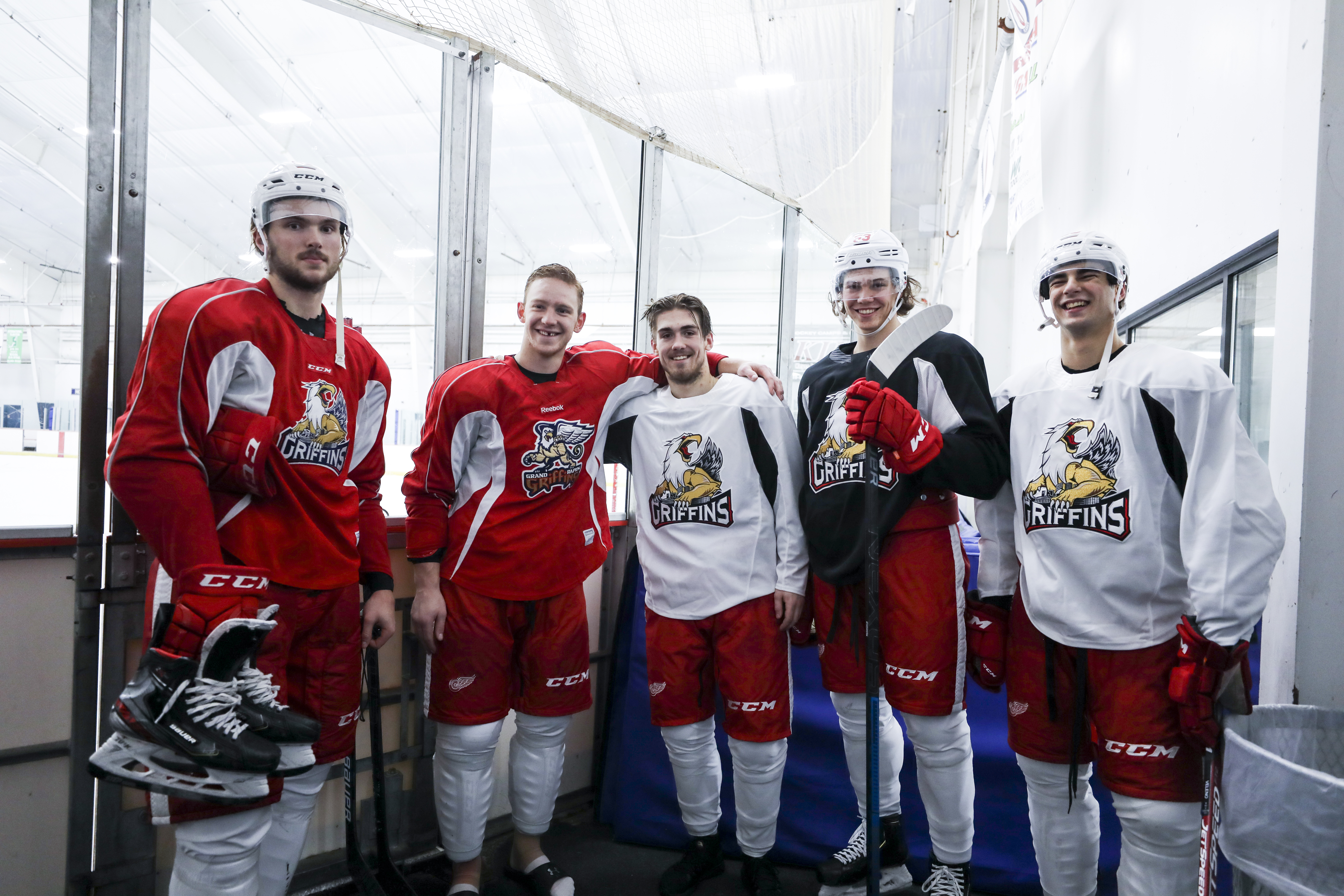 GRAND RAPIDS – It’s hard to predict where the Grand Rapids Griffins will finish this season, but with so former No. 1 picks, it’s easy to know the interest level.

That would be high, as in the Griffins might be more interesting than the Detroit Red Wings this season.

The AHL team, which opened practice Monday ahead of Saturday’s opener in Chicago, will be home to the highest-profile young players in the organization with a roster that includes five No. 1 picks.

The Griffins also have two returning veterans who were No. 1 picks elsewhere in 26-year-old forward Matt Puempel (Ottawa Senators in 2011) and defenseman Dylan McIrath, 27, (New York Rangers in 2010).

To put it in perspective, the Griffins from 2002-15 had seven first-rounders total play for them.

Now the trick is to make all the talent mesh together.

“No question, it’s a huge responsibility and one that we don’t take lightly,” Griffins coach Ben Simon said. “We are going to be measured a lot with how we develop these young kids. That doesn’t change anything. The expectation is going to be on them to have the ownership to take charge of their careers.”

It will make for an interesting mix as each look to develop and impress in different ways.

It will be the first tour to Grand Rapids for Seider and Veleno, while Rasmussen appeared in three games last season but wasn’t eligible to stay in the AHL.

For Seider, from Germany, it’s adjusting to the smaller rinks in North America.

“Everything is a little bit quicker,” he said, noting how there is less space to maneuver. “You have to move the puck quick and I think that’s the biggest difference.”

Veleno will also make his AHL debut after his first Red Wings camp.

Rasmussen, who couldn’t be sent to the AHL last year, will look at develop further as a center, the position the organization wants him to play.

Finally, Svechnikov is looking to prove himself after missing last season with an ACL tear.

It makes for a high investment of talent that creates excitement even for the players.

“No question. Everybody’s excited for the season, first of all,” Seider said. “You have to think about small steps first and everybody is just getting into the season and you want to perform well. There’s not looking that much to Detroit yet.”

The Griffins practice through the week and leave Friday for Chicago. The next game after that will be the home opener Oct. 11 against Milwaukee.