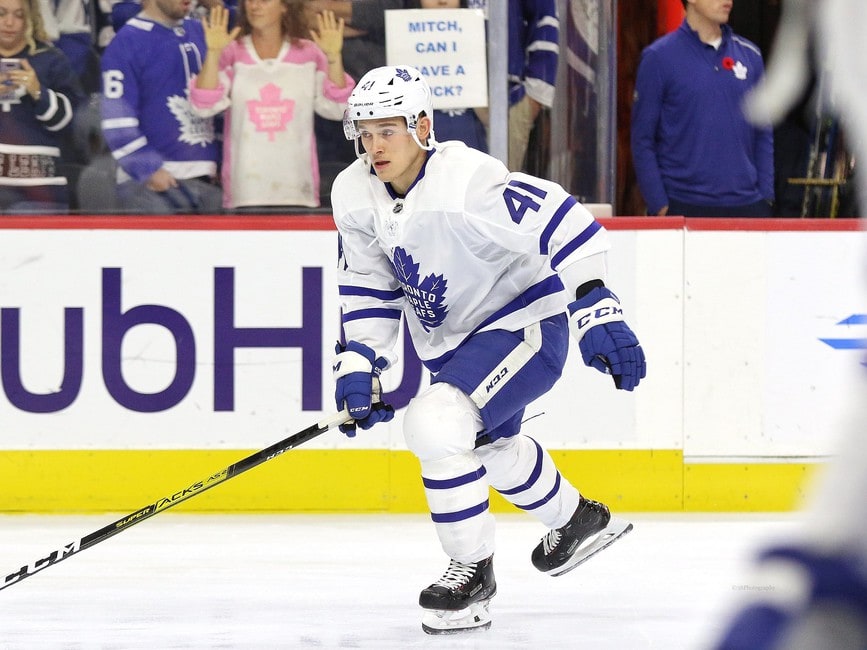 The New York Islanders went nearly a year and a half without making a trade. However, general manager Lou Lamoriello has now made two of the past three trades in the NHL within the past 60 days with the addition of Dmytro Timashov from the Detroit Red Wings in exchange for future considerations.

If Timashov does not sign with the Islanders for the 2020-21 season, he will remain on their reserve list until July 1, 2014. The Islanders have roughly $2.9 million in cap space to make the signing, but should be getting a bit more cap help from Johnny Boychuk, who was forced to retire with an eye injury. He has a $6 million cap hit for the next two seasons.

The Kirovograd, Ukraine, native was selected in the fifth round of the 2015 NHL Draft and has played the past two seasons with the Detroit Red Wings and Toronto Maple Leafs. He scored four goals and had five assists in 44 career games after playing in the American Hockey League with the Toronto Marlies. Timashov played two seasons in the Quebec Major Junior Hockey League before that and had 175 points in 123 games.

Timashov will likely be a depth forward for the Islanders. At 5-foot-10 and 192 pounds, he is a great skater and is terrific in the defensive end and would likely fill in on the bottom six. While the Islanders have two first lines and one of the best fourth lines in the league, Timashov’s opportunity will likely come on the third line. The team has Jean-Gabriel Pageau as the third line center, and Timashov would likely compete with Oliver Wahlstrom, Michael Dal Colle, Kieffer Bellows, Leo Komarov, and Andrew Ladd for a forward spot.

Timashov should also be able to bring something to the penalty kill. Casey Cizikas and Cal Clutterbuck, along with Brock Nelson and Komarov, have provided stability when down a man, but it is important to have players that a coach can trust shorthanded. The Islanders were middle of the pack last season on the penalty kill, but struggled at times in the playoffs which held them back from reaching the Stanley Cup Final.

The Islanders have had success in the past with low-cost acquisitions. Timashov has similar comparisons to someone like Michael Grabner, whom the Islanders gave a chance and he became a star. They both have terrific speed and are vital in the defensive zone. Also, players like Thomas Hickey and Matt Moulson blossomed into regulars in the NHL after not sticking in their first few seasons in the NHL.

The other possible scenario is he plays a bit with the Bridgeport Sound Tigers of the AHL. The Islanders’ affiliate has struggled to win much of the past few seasons and could benefit from a player that is young but has NHL experience. New York has many former first-round picks that played in the AHL last season in Wahlstrom, Bellows, and Simon Holmstrom, and could potentially be a piece to help those kids develop while helping himself become a regular in the NHL.

The Islanders will have high expectations this upcoming season after their incredible run to the Eastern Conference Final. Head coach Barry Trotz has done a fantastic job in his two seasons and is certainly going to give ice time to the players that give him the best chance to win. For Timashov, it is not a name that too many hockey fans are familiar with, but he could be a depth piece for the Islanders to help them break through this upcoming season.