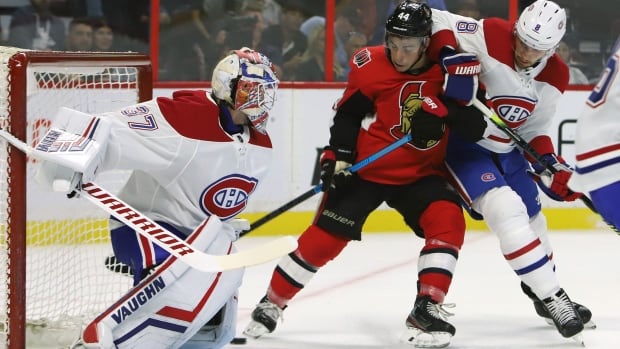 Keith Kinkaid stopped all 27 shots he faced as the Montreal Canadiens shut out the Ottawa Senators 4-0 on Saturday night.

With the win, the Canadiens remain undefeated in pre-season with a perfect 4-0-0 record.

Craig Anderson stopped 27-of-29 shots through two periods of play and was the only reason the game was close as the Senators (2-1-0) were being heavily outplayed. Joey Daccord gave up two goals on five shots in the third period.

Leading 2-0, the Canadiens extended its lead early in the third period scoring twice in a span of 39 seconds.

Tatar made it 3-0 beating Daccord glove side and seconds later Danault fired a shot from just inside the blue-line to make it 4-0.