Heading into his fifth season with the Los Angeles Kings, forward Adrian Kempe is now an established NHL player. The Kings have been very patient with his development and will expect him to be a big part of any future success they have. With 2020-21 being another season of struggle for the team, how did the Swedish forward fare? In another installment of the players’ grade series, we’ll grade his season.

It was a solid season for the 24-year-old forward statistically. He posted a career-best .25 goals per game (G/P) and his .52 points per game (P/G) were the second-best of his career. He did experience his lowest career plus-minus, which would put him last on the team in that category. While the low plus-minus isn’t a great statistic, it’s not one that I personally put a huge value on. He also posted a career-low in advanced statistics like Corsi and Fenwick percentage, however, like plus-minus, I don’t think having low numbers for those statistics on a struggling Kings team points to a massive problem.

Kempe’s versatility was on full display this season as he filled in at every forward position for the Kings. He was also used in a variety of roles, playing on every line from first to fourth. The only really consistent roles he found were on special teams. He spent virtually the entire season as the team’s main method of zone entry and as the right-side triggerman on the power play, and was a consistent face on the penalty kill. Like the rest of the team’s power play, he found success with this role early on, but production faded as the season wore on. With young sniper Arthur Kaliyev likely staking a claim on the team over the next 12 months, I imagine Kempe’s days as the top unit’s triggerman are numbered. That being said, I hope the team keeps him on the top unit even after Kaliyev is added, ideally replacing Dustin Brown or Alex Iafallo.

Kempe was relatively consistent throughout the season as well, rarely hitting massive hot or cold streaks. His closest thing to a hot streak came against the Anaheim Ducks, where he netted five goals in two games against the cross-town rivals. There were rumors that the Toronto Maple Leafs would make a move for him at the deadline, but ultimately nothing materialized. (from ‘The Maple Leafs have Adrian Kempe and Mikael Granlund on their trade deadline radar,’ Toronto Star, 04/05/2021) While Kings fans are still waiting for a massive breakout year from Kempe, it was another season of positive development. We saw an improved scoring touch and a better 200-foot game than we’ve previously seen. Still not a superstar by any means, fans should still be very excited about what they’re seeing with him. With four points in five games so far in the World Championship, he’s carrying over his solid play to the international game as well.

I think since his solid rookie season, fans have been waiting for Kempe to establish himself on the team’s top-six. With a decrease in production since that season, that hasn’t happened yet. It makes sense that fans want him in that role, though. When you watch him play, he has all the tools to be a top-six winger. He has a big body, skates like the wind, and has a lot of skill to his name.

Fortunately, I think he is right on the cusp of taking on that top-six role. Towards the end of this season, he was given a chance to play with Anze Kopitar on the first line, indicating that the organization might feel the same way. Admittedly, he flattered to deceive down the stretch with Kopitar, but I think the team should still try giving him some consistent minutes on the top line to start next season. If the team can add a legitimate first-line right-winger, I think Kempe could be a perfect complement to Kopitar and the unknown player.

As I mentioned, he has all the tools to play on a top line, and with more talented line-mates I think we might see a big increase in production. He’d be perfect to replace what Iafallo brings to the first line while bringing in a higher skill ceiling. I think he could develop into a fantastic power-forward for the Kings’ top line. If he can bring back some of the physicality we saw in his rookie season, while also making full use of his size and speed offensively, we could see a very scary player. He could be a perfect complement for two more productive players, creating space and finishing off plays, very similar to the role his compatriot Gabriel Landeskog plays for Colorado’s top line. Not that I’d expect him to play at the same level as Landeskog, they just play a similar style of hockey.

After another solid season from Kempe where we saw more steady improvement, he earns a B-minus. He was versatile and consistent throughout the season, always filling whatever role was asked of him. I think his impact on the Kings is best summed up by The Athletic’s Lisa Dillman:

He may not have as a high a value outside of Los Angeles. The Kings know what he can bring, and his versatility, but the rest of the league may not be quite as aware or paying as close attention. (From, “Who stays, who goes? Projecting which Kings are likely to return next season,” Lisa Dillman, The Athletic

As Dillman also pointed out, his $2 million cap hit through next season is very team-friendly. The only thing keeping his grade from being higher is his production. Not that his production was bad, but he still leaves a bit to be desired offensively. With the tools he has, 30 goals and/or 60 points should be very achievable. Fortunately, I think we’ll see that increase in production very soon from the former first-round draft pick. 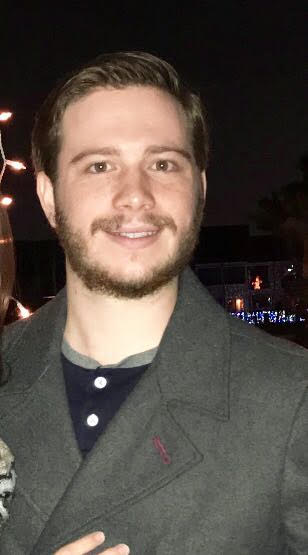 My name is Austin Stanovich, as a lifelong player and fan I’m hoping to bring my own unique perspective on the hockey world, specifically covering the Los Angeles Kings. As a SoCal native I grew up a Kings fan, and after graduating from Long Beach State in 2020 I’ve joined  The Hockey Writers crew as a columnist for the Kings.