If you ask a bunch of NHL fans who the best player in the league is, you’re most likely going to get a myriad of answers. Some would say the best player from their favorite team, others might offer who they feel is the best at their position. If pressed to give a definitive answer as to who is the best all-around player, most would say Connor McDavid, who is a fine choice and a fantastic player. Nonetheless, anyone not saying Nikita Kucherov’s name would be dead wrong, and here’s why.

Kucherov is currently tied for the league lead in playoff points with 12. He’s still atop the leaderboard even after Gabriel Landeskog and Nathan MacKinnon each had a three-point night in the Game 1 Colorado Avalanche massacre of the Vegas Golden Knights. Neither of those players came into this year’s playoffs having missed the entire regular season, though. As we all know, that’s not the case for No. 86 in Tampa. To most in the Tampa Bay Lightning organization, this is just “Kuch being Kuch”, but what he’s doing is nothing short of remarkable. It’s just amazing how little the hockey world seems to pay attention to a guy this good.

All that said, it’s easy to see why so many put McDavid at the top of their personal list of the best players, especially after this year’s incredible point output. Recording 105 points in just 56 games, especially considering the rigors of the schedule, was an incredible feat. It’s also the way he scores and sets up teammates, his speed and skill on full display every night he takes the ice is an absolute sight to behold at times. Even in the playoffs, he’s been hardly terrible, averaging just over a point a game. In 21 games, he’s got 11 goals and 11 assists, not exactly the numbers of a scrub.

Playoff Success Has Followed Kucherov Since Entering the League

As great as he is, however, the Edmonton Oilers have only one playoff series win since he was drafted. Now, to be fair, the Oilers have done a very poor job of surrounding him with any real NHL-caliber talent besides Leon Draisaitl. Kucherov, on the other hand, has Victor Hedman, Steven Stamkos, Brayden Point, Andrei Vasilevskiy and the gang. The two rosters couldn’t be more different, not to mention Jon Cooper has been at the helm for Kuch’s entire career.

In Edmonton, it’s been a revolving door of coaches, with current head coach Dave Tippett being the third man in charge since McDavid became an Oiler. Despite all of the roster upheaval, coaching changes and just general dysfunction in Edmonton, he’s already won the Hart Trophy for league MVP once, with a second trophy on the way at this summer’s NHL Awards on June 10. So how could anyone in their right mind not say that Connor McDavid is the best player in the NHL despite winning four scoring titles, soon to be two league MVPs, with three first-team All-Star selections in his five years? Simple, he’s never shown that he can do all those incredible things when it matters the most, while Kucherov has been showing it, essentially, since he came into the league.

Yes, it’s true that Edmonton’s playoff failures the last few seasons are not fully on McDavid. The 103-point season the team had in 2016-17 was seen as the breakout for the franchise despite losing in seven games in the second round to the Anaheim Ducks. Terrible trades and player departures precipitated the Oilers missing the playoffs the next two seasons. Then last season in the bubble, the 12th-seeded Chicago Blackhawks, a team well past their expiration date, knocked out the Oilers in four games. This was a Chicago team that finished sixth and out of the playoffs this season.

McDavid Has Come Up Short Against Relatively Weak Playoff Opponents

This year, the Oilers didn’t even win a game in the postseason, losing four straight to a Winnepeg Jets team that finished nine points behind them in the standings. McDavid was held in check most of the series, finally scoring his one and only goal in Game 4. Kucherov ended the first round with 11 points, against a much better Florida Panthers team that had their way with the Lightning most of the year, winning five of the eight regular-season tilts between the two.

Again, he’s doing that after not playing a single minute of regular season hockey to maybe at least get into some kind of game shape or get some timing and chemistry down before the playoffs. As stated, Kucherov is on a better team, no doubt. It’s also true that Edmonton has been destroyed the last two seasons in the playoffs by teams that aren’t exactly considered to be amongst the league’s elite. Some of the blame for that has to go to McDavid.

Kucherov has shined when the lights are the brightest ever since his second year in the league. During the 2015 Stanley Cup playoffs, he ended up with 22 points, helping the Lightning reach their first Stanley Cup Final since 2004. The team lost in six games to Chicago, but a new scoring threat had emerged for the Bolts. Since then, he’s been the team’s leading playoff point-getter three more times and leads the team in points again this postseason.

Kucherov is also a force multiplier, making his teammates better. He creates space and chances for others that just does not exist without him out there. Brayden Point was this season’s leading scorer for the Bolts after taking on the role of primary offensive catalyst with Kucherov out. Since Kuch came back, he’s made it known how much easier life is for him with the crafty Russian back in the fold.

While still a bit off of last year’s torrid pace in terms of points, Point leads the club in goals with five, most of which were set up by Kucherov. The power play has also looked especially lethal with Kuch back opposite Steven Stamkos. During the regular season, the Lightning scored on just over 22% of their chances. So far this postseason, that figure has climbed all the way to just under 40%. For the Oilers, they had the league’s best power-play at 27.6% during the regular season, which dropped all the way to just 18.2% against Winnepeg.

If the Oilers can ever get it together and give McDavid a bit more help, we might get to see what he can do during an extended playoff run. Until then, all we can do is wonder. With Kucherov, we don’t have to do that. We’ve already seen him do it over multiple seasons for the Lightning. And this season, he is again the team’s best player trying to lead them to a second straight Cup championship. With Kucherov, you know exactly what you’re going to get game in, game out.

He’s going to put pressure on the other team’s defense and make them pay if they forecheck too aggressively, with pinpoint passes to spring a lethal counter the other way. He’ll set up teammates to score while also making you pay if you back off him. When the games are the biggest, Kucherov is usually at his best. So far in the postseason, McDavid has not shown to have these same qualities and until he does, Kucherov is the most feared offensive player in the NHL. 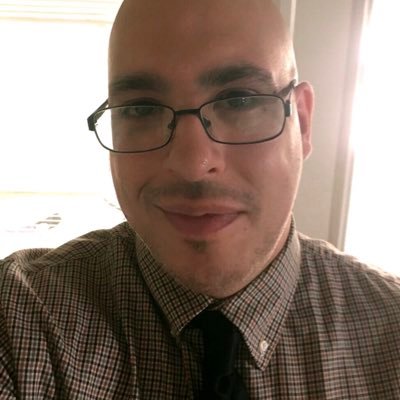 Frank is a former competitive hockey player at the D3 college level. He’s what you’d call a hockey “lifer” having also worked as a hockey referee, time keeper and assistant youth coach, along with being a longtime member of USA Hockey. Frank comes to THW after contributing content on the Tampa Bay Lightning, Tampa Bay Buccaneers and Orlando Magic for BackSportsPage.com.