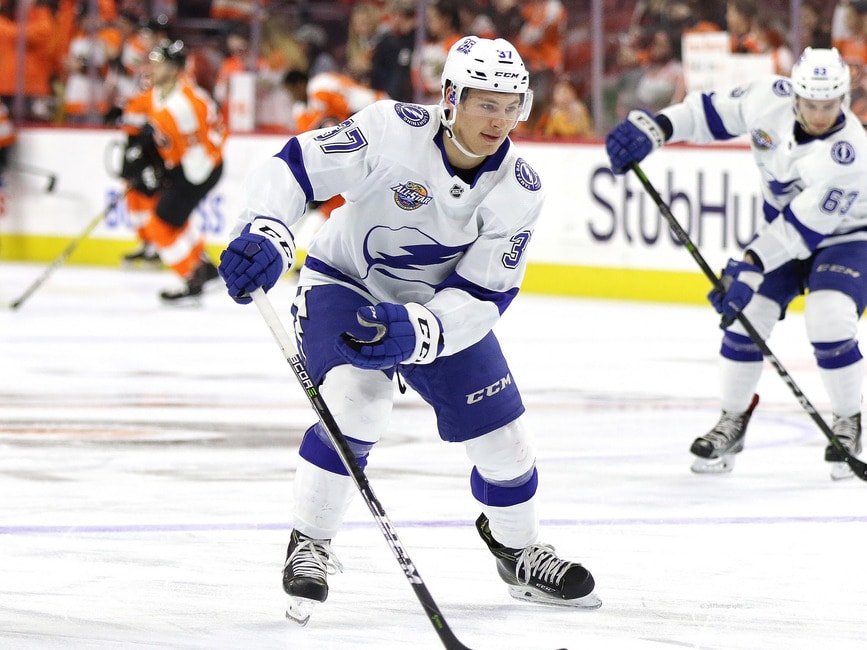 Few players in the NHL will experience a career trajectory quite like that of Yanni Gourde. After going undrafted, he led the QMJHL scoring race during the 2011-12 season, bounced around the San Jose Sharks’ ECHL and AHL affiliates for a few seasons before finding a home with the Tampa Bay Lightning.

While it took a few years for him to take on a starting role, Gourde has rewarded the Lightning for giving him a shot at the NHL level. In his first season, he set franchise scoring records for goals, assists, and points by a rookie. He followed that up with a 22-goal, 48-point campaign in 2018-19 that continued to show that he knows how to produce in the NHL.

However, with a team full of high-end scoring talent, will Gourde be able to justify his massive six-year, contract extension that carries a $5.16-million cap hit and kicks in for the 2019-20 season?

What Gourde Brings to the Lightning

First and foremost, Gourde brings scoring to the table for the Lightning. In his first two seasons, he has finished near the top of Tampa Bay’s scoring charts. In fact, he was the team’s fifth highest-scoring player, only behind superstar talents like Brayden Point, Steven Stamkos, Victor Hedman, and Nikita Kucherov.

Gourde is more than just a scorer, however. He plays a smart two-way game that allows him to contribute on both the offensive and defensive ends of the ice. In fact, 53 percent of his zone starts have taken place in the defensive zone, meaning that he is playing tough minutes for an undersized scoring forward.

Despite being a solid, all-around player for the Lightning, Gourde is going to be asked to do more in 2019-20 than in his first two seasons. It starts with his nightly ice-time. While he had the fifth-highest forward ice-time in 2018-19, he still only averaged roughly 16 minutes each night, with about 3 minutes of that coming on special teams.

While his role on the man-advantage will likely stay the same, Gourde will have to take on more playing time on the penalty kill this season. With the departure of Ryan Callahan and a potential long-term injury to Cedric Paquette, the Lightning will be down two of their top penalty killers from 2018-19.

This means that the Lightning will need to lean on a two-way forward like Gourde more than in previous years. He may need to take on an additional minute or so of playing time on the penalty kill alone, which will be no small assignment.

Where Does Gourde Fit with Lightning?

Given his play over the last two seasons, one should expect Gourde to start in a top-six role with the Lightning. He is a perfect complementary player, who can make an impact alongside Point on the second line.

However, with Point missing the start of the season due to injury, the Lightning’s top-six will be in a bit of disarray. Due to this, Gourde may see his scoring totals stagnate at first as they figure out who his linemates will be.

However, there is a chance that Gourde could find himself playing wingman to Steven Stamkos and Nikita Kucherov on the top line. In this role, he would be a full-on puck-hound, digging pucks out of the boards while setting up scoring opportunities.

Even if he can’t develop into that role, Gourde should still be a productive top-six winger. Expectations will be high for him, as anything short of a 50-point season would be seen as a bit of a letdown.