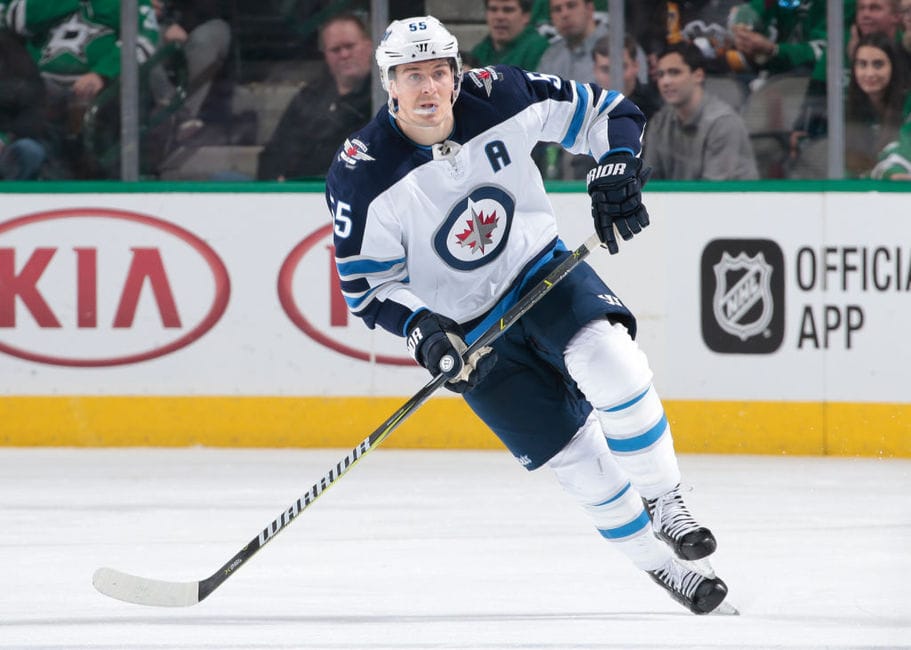 In today’s NHL rumors rundown, Mark Scheifele is looking at a potential suspension for his charge on Jake Evans of the Montreal Canadiens. There is talk about T.J. Oshie and him being potentially left unprotected during the NHL Expansion Draft. There is chatter on Rick Tocchet coaching interview and finally, a number of pending unrestricted free agents talk their future with the Toronto Maple Leafs.

Scheifele to Have Hearing with NHL DoPS

Mark Scheifele shouldn’t be surprised if he winds up missing a couple of games after his hit on Evans in Wednesday’s Game 1 between the Canadiens and Winnipeg Jets. Scheifele will have hearing with the Department of Player Safety to determine the supplementary discipline for his hit to end of last night’s game. The good news for the forward is that this is not an in-person hearing, meaning the suspension will be five games or less.

The issue for Scheifele is that he made no attempt at the puck and skated in from a great distance to lay in a heavy hit on a vulnerable player. Many are deeming this a predatory hit after a third period where Scheifele appeared to be growing increasingly frustrated. If he’s out three games, it shouldn’t be a shock.

That said, the NHL’s Department of Player Safety has a tendency to make anyone trying to predict this kind of thing look foolish.

There are at least three teams seriously interested in the services of Rick Tocchet as a head coach. Arizona Coyotes beat writer Craig Morgan reports that Tocchet that Tocchet had a second interview with the New York Rangers on Tuesday and will have second interviews with the Seattle Kraken and Columbus Blue Jackets before the end of the week.

Tocchet did interview with the Buffalo Sabres, but apparently has not yet been contacted for a second interview.

Related: Canadiens Season a Success Regardless of Jets-Series Outcome

There is talk that Washington Capitals forward T.J. Oshie could be available to the Seattle Kraken in the 2021 NHL Expansion Draft and that if left exposed, Seattle would be very interested in the 34-year-old local product as one of their on-ice and locker room leaders.

If the Capitals were to leave him unprotected, young players like goaltender Vitek Vanecek or defenseman Brenden Dillon would be safe. That said, during an interview on 106.7 The Fan in D.C., GM Brian MacLellan noted it would be “unlikely” if Oshie was exposed. MacLellan called Oshie a “big part” of their team and the player doesn’t seem to be slowing down as he gets a bit older. He posted 22 goals and 43 points and was tied for second in the NHL with 13 power play goals.

Reports from a few sources have cited comments made by some of the Maple Leafs pending UFAs. David Pagnotta of The Fourth Period quotes goaltender Frederik Andersen: “I’ve had 5 years here. I’ve really enjoyed my time here. Overall, I’ll definitely look back on these 5 years with a lot of good memories. With regards to the future, I don’t know what’s in store yet. We’ll see.” The netminder said there are plans to chat with GM Kyle Dubas soon.

Pagnotta also quoted Maple Leafs forward Joe Thornton, who said, “This came so sudden, I really haven’t had time to think about it. First and foremost, I have to be a dad for a little bit here. I feel really, really healthy. We’ll see. I haven’t made any decision yet. I feel really good, and that’s a good sign.”

When asked if he’d thought about his future with the Maple Leafs and if he’d like to stay, Zach Hyman said if “there’s something here that makes sense”, he’d like to be part of Toronto’s future. It certainly wasn’t a definite yes, and it hints that Hyman may test free agency to maximize his potential value.

That said, he noted he hadn’t gotten as far as thinking about his pending free agency and is still trying to digest the loss and elimination from the playoffs.

When asked if he would like to be back with the Maple Leafs, Jason Spezza responded, “Yeah, I would. I feel like there’s a lot of unfinished business, I feel very invested in the group here and hopeful that I get another opportunity to do that again next year and push this team over the top.”