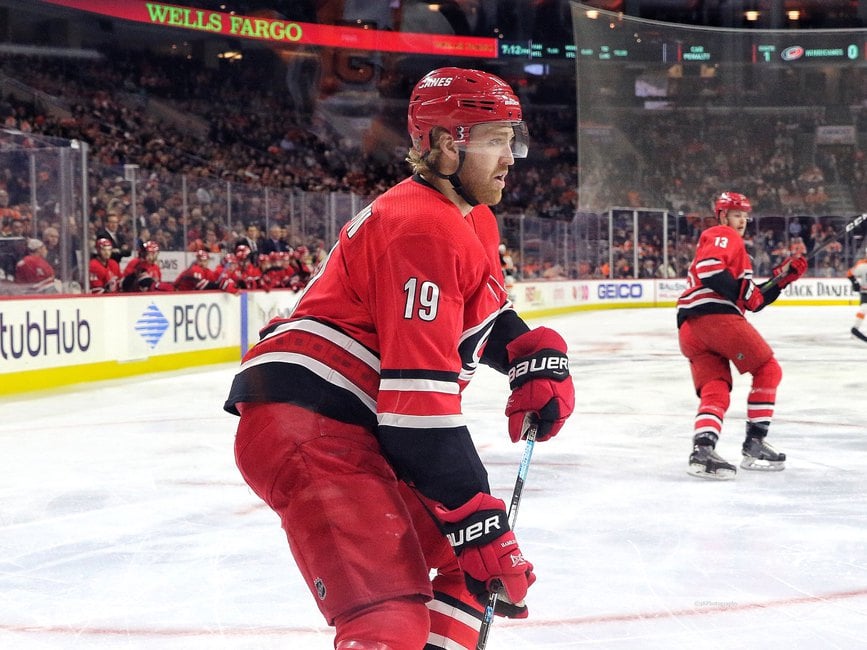 In today’s NHL rumors rundown, early reports about what Dougie Hamilton is asking for on the free agent market as he speaks with interested teams means clubs will have to come up with some good money to acquire him. Meanwhile, the Toronto Maple Leafs are starting to think about ways to replace Zach Hyman, who many believe will be leaving the team in free agency. The Pittsburgh Penguins might be interested in a defenseman out of Buffalo and Blake Comeau is off the market as he’s been signed to a new contract.

Comeau Signs with the Stars

Some early news that will have a bit of an effect on other teams who might have had Comeau on their lists; he’s re-signed with the Dallas Stars. It’s a one-year deal that carries a salary of $1 million for 2021-22. With a few teams looking to add grit and defensive awareness to their lineups this offseason, Comeau could have been an interesting depth target. He is a valuable member of the Stars’ penalty kill and adds physicality to their bottom-six.

Important to note here, Comeau’s re-signing gives the Stars enough forwards under contract to meet the exposure requirements for the upcoming expansion draft.

As per a report by Sportsnet’s Chris Johnston, there are several conversations going on between Hamilton’s agent J.P. Barry and other NHL clubs. The 28-year-old defenseman is due to become an unrestricted free agent and he was granted permission by the Carolina Hurricanes to try and find a home prior to the free agency period opening up.

But, for those teams chatting with his agent, expect to pay a lot. According to Luke Fox of Sportsnet, Hamilton is looking for a long-term deal at maybe over $8 million a season. Fox writes:

Hamilton’s camp would use Alex Pietrangelo’s $8.8-million AAV with Vegas on a long-term deal as the ceiling, while the Canes would likely try to use Torey Krug’s $6.5-million AAV with St. Louis as a comparable.

This could be the reason the Hurricanes told him to seek another deal. Some chatter suggests that if Hamilton is able to get an eight-year deal from his current GM, he might be willing to stay for a number per season that starts with a seven.

Possible destinations for Hamilton that have been floated around since the news of his being able to seek a deal included the Philadelphia Flyers, Columbus Blue Jackets, New Jersey Devils, and the Seattle Kraken. If he finds a suitable team, he could be traded before July 28th as opposed to losing him for nothing.

Chris Johnston on Sportsnet 590 notes that in coming the terms with the fact the team is likely to lose forward Zach Hyman in free agency, GM Kyle Dubas may already be looking at effective ways to try and replace his production. Johnston suggests it will be done by committee.

He explains that it’s probably not a matter of trying to sign one player that does all the things Zach Hyman did, while adding a different balance to the entire roster. He suggests that maybe the Maple Leafs get a weaker third-line player to play with Auston Matthews and Mitch Marner on the top line. Then, sign two players instead of just one and have the second guy in a depth role.

As for other different approaches the Leafs might take, there’s thought that Dubas will focus on free agents that are around the ages of 25 and 26 years old. The hope is they can land on a player who has been overlooked by another organization and can show shades of having the same effect to their lineup that Hyman did.

As per Dan Kingerski of Pittsburgh Hockey Now, expect the Penguins to kick tires on a player like defenseman Rasmus Ristolainen. Seeing him a lot this past season and being impressed with how he played against Sidney Crosby and Jake Guentzel, the Penguins might see the blueliner as a possible trade target.

The 26-year-old rearguard has publicly noted that he’s not sure what his future holds in Buffalo and the team is looking at making some big changes this offseason. There’s still a question or whether or not the Penguins could actually fit his $5.4 million salary cap onto their current roster, but Kingerski wonders if the Seattle Kraken can help with that.

The Penguins trade chips do include a second-round pick, but the New Jersey Devils are also reportedly interested in Ristolainen.