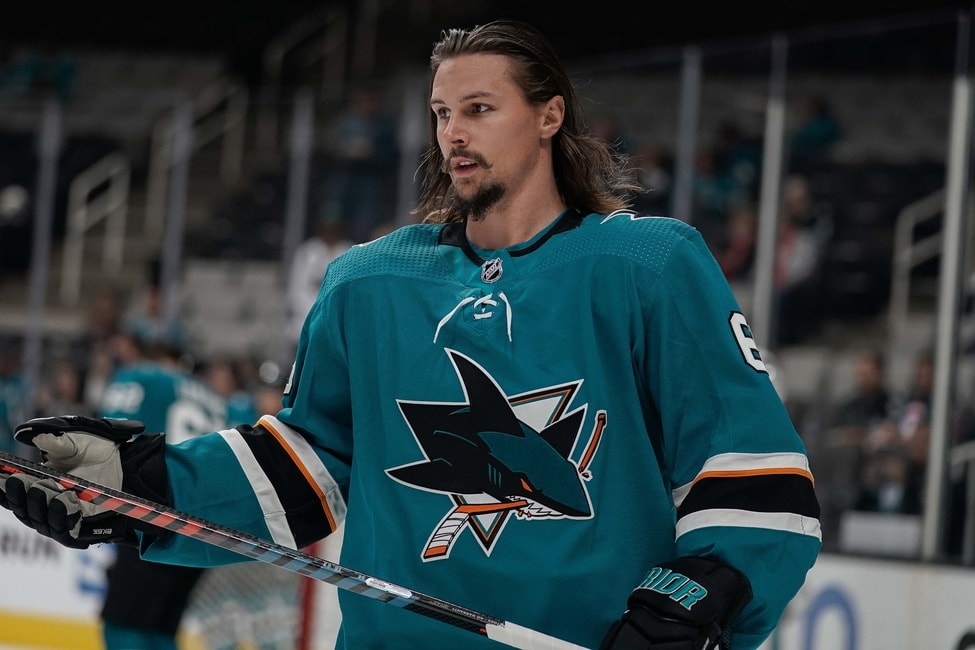 In today’s NHL rumor rundown, there is news on the Detroit Red Wings and what they’ll do in terms of cleaning house, the San Jose Sharks are working on a long-term deal with Erik Karlsson and do the Edmonton Oilers have interest in a Toronto Maple Leafs defenseman? And, will the Blue Jackets out-wait other teams when it comes to free agents Artemi Panarin and Sergei Bobrovsky.

Kevin Kurz of the Athletic reports a league source said the San Jose Sharks are discussing an eight-year contract extension with Erik Karlsson. There were rumors he might like to test free agency but if he wants that eighth year, Karlsson needs to get that deal from the Sharks.

The stud defenseman is slated to become an unrestricted free agent on July 1.

The Sharks and Karlsson continue to work at a contract extension, according to a league source. The belief is that the Sharks are prepared to offer the two-time Norris Trophy winner an eight-year contract somewhere in the vicinity of the eight-year, $88 million contract that Kings defenseman Drew Doughty signed last summer.

If Karlsson remains with the Sharks and gets paid that kind of money, it could change plans for pending unrestricted free agent Joe Pavelski. There will only be so much money to offer and even though Pavelski would like to return to San Jose, might have to look at his options.

Karlsson’s sticking put would likely increase Pavelski’s desire to stay but how team friendly a contract would he accept?

The Detroit News’ Ted Kulfan relays the news that the Red Wings are not planning to buy out any of their current players this off-season. This will surprise some considering the Red Wings have a number of contracts on the roster that could be potential buy out candidates.

Players like Jonathan Ericsson, Trevor Daley, Darren Helm, Justin Abdelkader or Danny DeKeyser might have been on the radar of those being moved or traded.

While Yzerman understands Kronwall has slowed down, he wants him back. It’s Kronwall who is still undecided about whether or not to continue his career.

TSN’s Darren Dreger noted the Edmonton Oilers have some interest in Toronto Maple Leafs defenseman Nikita Zaitsev. Zaitsev recently requested a trade and Leafs management is said to be willing to accommodate him is there is a taker.

The Vancouver Canucks are also interested and GM Jim Benning recently said he’s in the market for a top-four blueliner.

From the sounds of the report, neither team has offered anything but there is an expectation both will do so at the NHL Entry Draft.

For what it’s worth, the fan base and media in both the Edmonton and Vancouver markets aren’t loving the idea of acquiring Zaitsev unless teams are dumping worse contracts back on the Maple Leafs.

Pierre Lebrun of TSN tweeted, “CBJ has not given permission to Panarin/Bobrovsky camp to speak directly to teams. I wondered if they might to help facilitate a sign-and-trade but so far, no. The UFA speaking period opens June 23.”

The Blue Jackets must know that both players are probably going to be leaving the organization but it will be interesting to see how they handle their exits.

LeBrun believes the Blue Jackets might be asking for a second-round pick for the rights to either player and the organization is not willing to just give them away for low-end draft picks. Teams like Florida are already out thinking that price is too high.