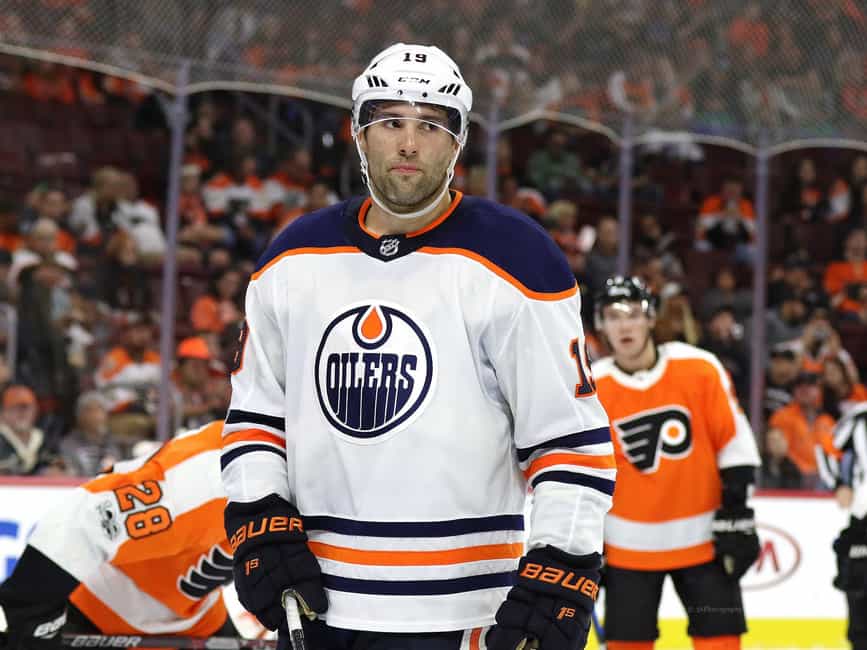 For those who watched Hockey Night in Canada on Saturday, they’ll have seen a panel that consisted of Nick Kypreos, Elliotte Friedman and Kelly Hrudey and all were loaded with a wealth of information, rumors, speculation and updates regarding the NHL Trade Deadline that closes on Monday.

Nick Kypreos said he believes the Los Angeles Kings are a team that is heavy in on Montreal Canadiens Max Pacioretty. “The L.A. Kings, they’re pushing hard now for Pacioretty. We know throughout the last few years there’s always at times a goal-scoring issue with the L.A. Kings — whether they have enough.”

The return would be steep from a King’s perspective. The Canadiens are believed to be asking the Kings for either Tanner Pearson or Tyler Toffoli if the trade is not centered around draft picks. If the Kings are not going to move a roster player that helps the Canadiens immediately, the Kings’ 2018 first-round pick would be a must, along with the Kings 2017 first-round pick Gabriel Vilardi.

Dennis Bernstein is reporting he heard first hand that if Gabe Vilardi and 2018 1st round pick is the ask, the trade doesn’t happen.”LA has zero interest in trading Vilardi.”

It was also reported by the panel that it is believed Pacioretty wants to go elsewhere but speculation is no official request has been made.

It appears as though the Toronto Maple Leafs have acquired the Habs depth center Thomas Plekanec. The Leafs PR department tweeted the details of the trade early Sunday.  It was down to the Leafs, Tampa Bay Lightning and Winnipeg Jets and Plekanec was held out of Saturday’s game against the Lightning with a move imminent.

The Leafs knew a move or two was necessary, especially after the Bruins landed Rick Nash. Toronto is still rumored to be looking for an upgrade on their blue line. 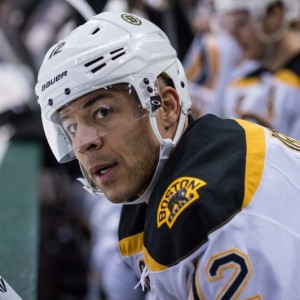 The panel also discussed the fact that veteran forward Jarome Iginla is training and patiently waiting for a team who might want to utilize his skills for a playoff push. He went unsigned this summer and he would have to be added to a team before Monday’s deadline.

It doesn’t appear there would be many if any suitors but the winger is holding out hope his NHL comeback is not completely dead. If players like Brian Gionta and Chris Kelly can find homes, there may be a chance for Iginla to land somewhere on a value deal.

Surprisingly, the panel discussed the odds that the Nashville Predators might be looking at Ottawa Senators star defenseman Erik Karlsson. Most were shocked that this was even possible considering the cap implications of the move for the Preds and that they only way they could see this happening is Nashville trading Roman Josi or P.K. Subban.

This type of trade would not be a playoff push kind of trade. It would be a long-term shift for the Predators who would be moving cap space and making a decision that one defenseman is more valued than another.

The Panthers and D-Man Ryan McDonagh

Both Elliotte Friedman and  John Shannon are hearing that the Florida Panthers are showing serious interest in Rangers defenseman Ryan McDonagh. The Panthers are looking to do something and reports are that GM Dale Tallon has been given the green light to make a move and spend some money at the deadline to take a run at the playoffs. McDonagh has one more year left on a contract that pays him $4.7 million. 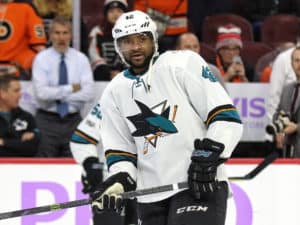 Multiple reports are coming in, including from TSN’s Darren Dreger that the San Jose Sharks have asked forward Joel Ward for his no-trade list. Ward is able to block a trade to six teams and he and his agent were going to work on that list and submit to the Sharks by Sunday afternoon.

After landing with the Senators, it looks like defenseman Ian Cole won’t be staying long. The market has been set for depth d-men and the Senators believe the third-round pick they’ll get for Cole is enough to warrant not having him travel or dress with the team.

Speculation was that the Senators never intended to hang onto Cole and were always going to flip him once he was included in the trade.

Jack Johnson Could Stay In Columbus

Chris Johnston of Sportsnet is reporting the Columbus Blue Jackets’ are perhaps 50/50 on trading defenseman Jack Johnson. There have been talks of an extension between the two sides but as of now, nothing is imminent. Johson could be a trade that comes down to the wire on Monday.

The problem for the Blue Jackets is that they are still competing for a playoff spot and moving Johnson could create a hole on their blue line that they aren’t keen about opening up if they still have a chance to play postseason hockey. For Johnson, he’s happy to stay or leave but he needs his next contract to be a high-paying one.

Green Injury Not A Deal-Breaker

Ansar Khan of MLIVE.com is reporting a recent neck injury suffered by Detroit Red Wings defenseman Mike Green shouldn’t be enough to stop a deal from happening but could affect the value of a trade and where teams prioritize him in terms of available defenders.

Green has agreed to waive his no-movement clause if a deal can be reached with the Tampa Bay Lightning but he may have to wait until teams either fall short of landing Karlsson or McDonagh or other options don’t present themselves.

Green is still one of the more affordable options as the Red Wings are willing to retain some salary to get a deal done.

Olympic Showcase for Kelly and Gionta

There are reports that both Brian Gionta and Chris Kelly may get deals from NHL teams after their showings at the Olympics. A Western Conference team is reportedly interested in Kelly and Gionta might go to the Eastern Conference with the Bruins perhaps looking at signing him before Monday.

The Edmonton Journal’s Jim Matheson has reported that the Edmonton Oilers have told both Patrick Maroon and Mark Letestu they will be moved prior to Monday’s deadline. Letestu has been linked to a number of teams including Pittsburgh, Toronto, Winnipeg, Columbus, and Calgary.  Maroon has been high on the rumor chart for a while with Tampa, St. Louis and others apparently interested.

** Update: The Oilers have traded Mark Letestu to the Predators for forward Pontus Aberg.