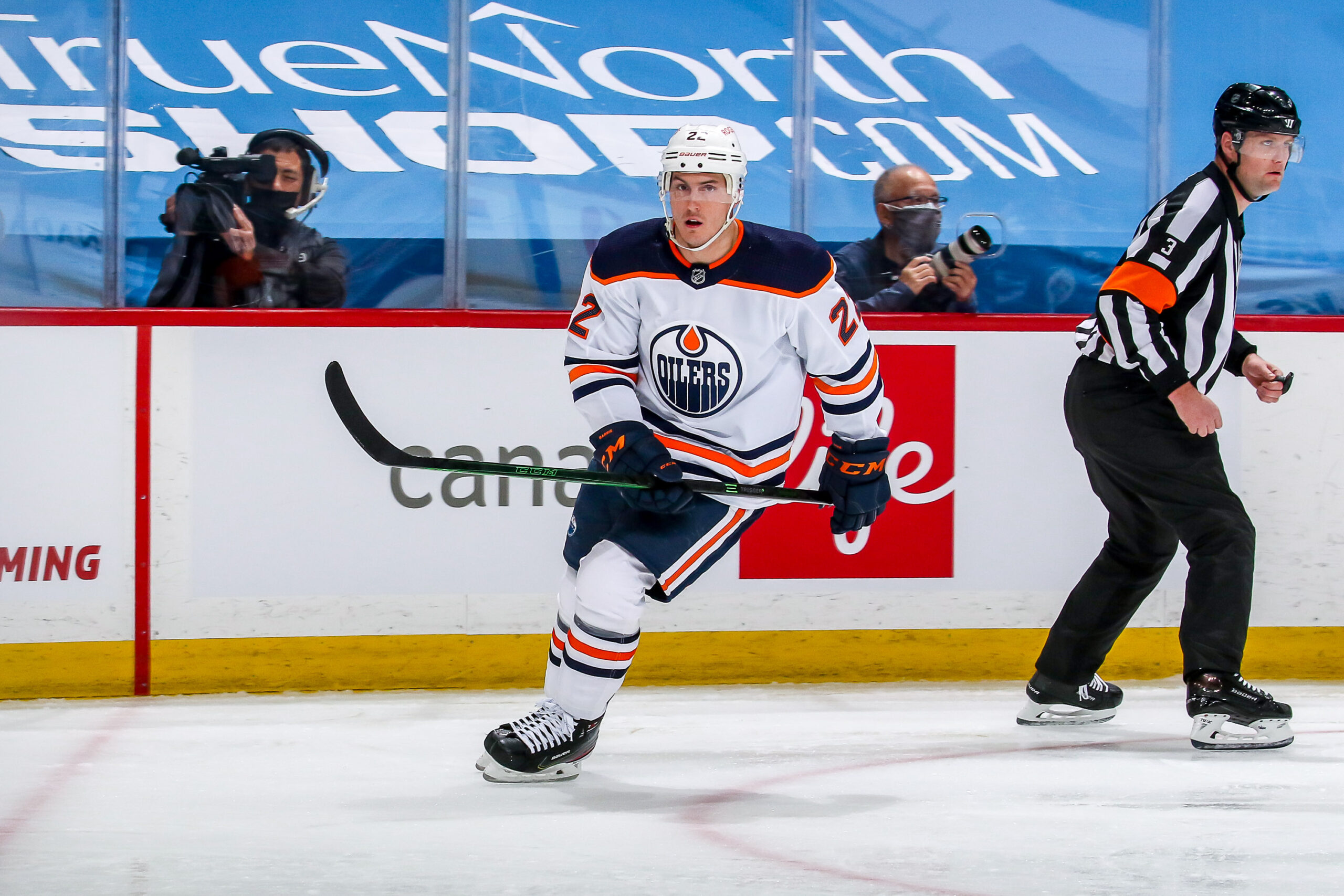 With $23 million in cap space (maybe more depending on possible buy outs) there’s going to be a temptation by the Edmonton Oilers and general manager Ken Holland to spend heavily in free agency. There are two ways to do so. First, with 14 pending restricted and/or unrestricted free agents on the Oilers roster, Holland can use his money to keep his own players. Second, the GM can go out and try to land other assets.

What will likely happen is a mix of the two — some Oilers being re-signed and some new names coming in — but it’s worth asking how much Holland should look to the outside to make the changes he really needs to.

This Is Still a Strong Oilers Team

The season ended in disappointment again. As such, there will be an appetite for change. This is the second-straight year the Oilers were booted from the opening round, but that doesn’t necessarily mean this is a bad team. Two emotional series losses might trigger big change, but it’s fair to ask if big change is really needed?

One could argue that with a couple more penalty calls, the Oilers don’t lose to the Winnipeg Jets. In a year (2019-20) where there wasn’t such a drastic pause in play before a return, maybe Edmonton doesn’t lose to Chicago. This is not to make excuses. This is more to send a cautionary warning that maybe, just maybe, circumstances played a role in the losses and not all of this should fall on the player’s shoulders.

This is a good team. Not to mention, many of the good players are up for contract renewal. While the core is in tact, Ryan Nugent-Hopkins, Adam Larsson, Tyson Barrie, Kailer Yamamoto, Dmitry Kulikov and even Alex Chiasson and Dominik Kahun have value at the right numbers.

The Free Agent Devils You Know

There’s an argument that the devil you know is better than the devil you don’t know. In other words, there’s logic behind gambling on the players you’ve had in your system, you know mesh well together and simply need a bit of adjusting versus starting over with a handful of new players.

If the Oilers walk from some of their biggest free agents, the team will have to replace those players with uncertain assets that may, or may not produce the same results for the equal or lesser money. For example, if the Oilers let Nugent-Hopkins walk, they may target a player like Gabriel Landeskog. An excellent leader and a productive forward, he’ll cost around the same money as Nuge but there’s no guarantee he’ll give you anything more than Nugent-Hopkins does. Maybe Edmonton goes after Zach Hyman? How much will they have to overpay to acquire him and how long can he play in the style he does before injuries take a toll? Remember, Hyman is actually a year older than Nugent-Hopkins.

On defense, the Oilers could try and land a big fish, but what will that cost? Barrie is a polarizing player, but if he is open to talking a deal that gives him $5 million by four years, is he that much worse an option that say outbidding a team and paying $8 or $9 million to a player like Dougie Hamilton or Seth Jones?

Holland Has a History of Going After Big Names

Oilers fans need look no further than this past offseason where Edmonton went after goaltender Jacob Markstrom. Reports are that Holland made a hard push and offered a high-value long-term deal. Markstrom simply changed his mind and went to Calgary. It’s fair to argue that’s a great deal that didn’t pan out.

Because of the Oilers missing on Markstrom, they were able to re-sign Mike Smith and signed Barrie. Both players were key factors in the Oilers regular season success in 2020-21.

There was also talk that Holland was heavy into conversations with the Arizona Coyotes about Oliver Ekman-Larsson. He didn’t want to go anywhere other than Boston or Vancouver, but again, that was a bullet dodged.

Holland’s history suggests he’ll kick tires on big names again this summer. Who knows, he might even land one or two. It’s exciting to think about what that means, but is it the right way to go? The last big contract the Oilers landed in free agency was Milan Lucic’s, and we all know how that turned out.