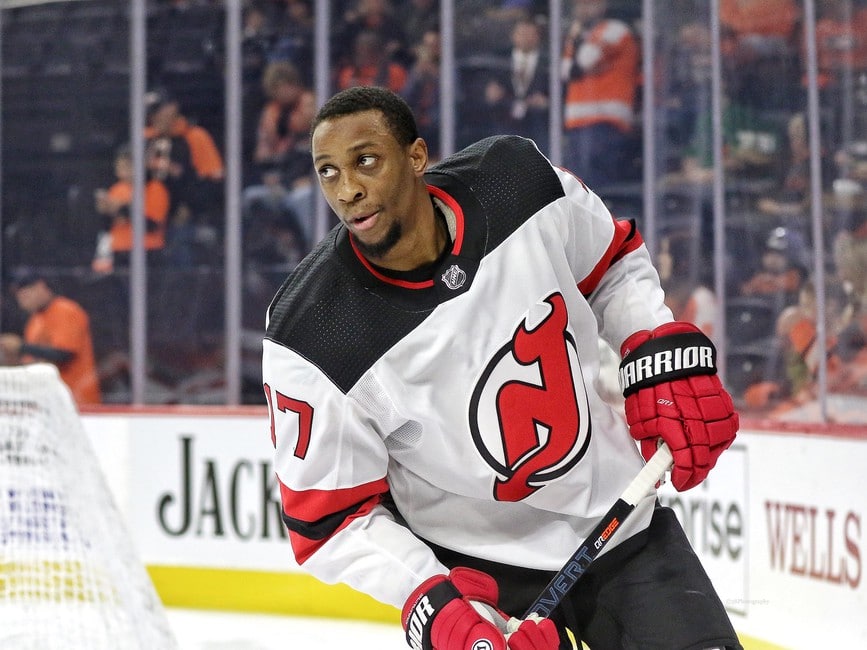 The Buffalo Sabres made a surprising move on Monday, acquiring rental forward Wayne Simmonds from the New Jersey Devils hours before the 3:00 PM ET trade deadline. The Devils will receive a conditional fifth-round pick that can become a 4th if the Sabres make the playoffs and Simmonds plays in 10 games. The Devils will also reportedly retain 50 percent of Simmonds’ salary.

The Sabres currently sit eight points outside of the last wild card spot in the Eastern Conference, so no one expected them to buy rentals at the deadline. But the move may be a smart, low-risk opportunity for general manager Jason Botterill.

Like many power forwards before him, Simmonds, 32, is a shell of the player he once was. The former 30 goal scorer has just eight in 61 games this season with the Devils, playing on a one-year contract he signed on free agent day last offseason. After rumored links to the Vancouver Canucks, he’ll now be moving northwest to the Sabres, joining a team that is 19th in the NHL in goals scored per game.

Simmonds may not be the player he once was on the ice, but he’s still a beloved figure and a locker room leader off the ice. Perhaps Botterill is gambling that the presence will outweigh the performance. The price is certainly right: a fifth-round pick isn’t much to surrender, and it will only become a fourth in the dream scenario that Simmonds helps the Sabres rally into the postseason. Even so, this is likely to be a forgotten rental addition in the near future.

Devils Continue to Tear Down

Quite the opposite of the Sabres’ strategy, the Devils are fully committed to a rebuild, and interim general manager Tom Fitzgerald is doing a tremendous job. Simmonds is just the latest in a bevy of rebuild trades he’s made over the past week, along with trading former captain Andy Greene to the New York Islanders and forward Blake Coleman to the Tampa Bay Lightning for a haul.

The Devils aren’t necessarily done with just under three hours remaining until the deadline. Fitzgerald still has some enticing trade chips, including forward Kyle Palmieri, who has another season left on his contract, and prized defenseman Sami Vatanen, who will be an unrestricted free agent after this season. If they get a good return for either or both of those players, Fitzgerald will build a strong case that he should be the permanent GM in New Jersey.