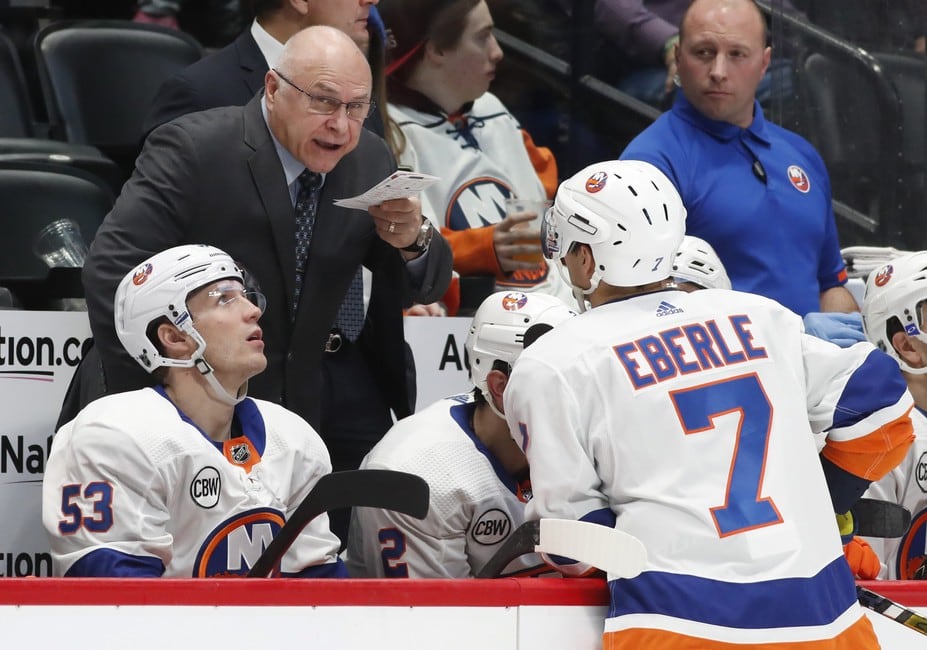 This date in National Hockey League history has seen some major coaching moves in recent years. It has also hosted three different NHL Entry Drafts with some impressive classes. Let’s begin our daily trip through the decades to relive all the best June 21 has given us.

June 21 has been a big date when it comes to some high-profile coaching hires. In 2000, the Pittsburgh Penguins named Ivan Hlinka as their new head coach, replacing 1980 Olympics hero Herb Brooks. He became just the second European-born head coach in NHL history, joining Alpo Suhonen, who was hired by the Chicago Blackhawks in May of 2000.

Hlinka is a national hero in his native Czech Republic. He was a very successful player before heading behind the bench. He came over to North America and signed with the Vancouver Canucks in 1981, where he a team rookie record with 60 points in his first season.

He took the Penguins to the Eastern Conference Final in his first season behind the bench, but he was fired just four games into the 2001-02 season, ending his only stint as a head coach in the NHL. Hlinka was killed in a car crash in 2004 while back in the Czech Republic. He was just 54.

On June 21, 2013, Alain Vigneault became the 34th head coach in the history of the New York Rangers. The move came a month after he was fired by the Canucks, just two years removed from a Game 7 loss in the Stanley Cup Final. Strangely enough, the Canucks replaced Vigneault with John Tortorella, who was fired by the Rangers three weeks earlier.

Vigneault led the Rangers to the Stanley Cup Final in his first season on Broadway, where they lost to the Los Angeles Kings. He was relieved of his duties after the 2017-18 season when the Rangers miss the playoffs for the first time under his guidance. He went 226-147-37 in his five seasons in New York. Of course, he is currently behind the bench for the Philadelphia Flyers.

The Rangers’ cross-town rivals, the New York Islanders, made a big splash on June 21, 2018. They signed Barry Trotz to a big five-year contract to become their new head coach. The move comes three days after Trotz resigned from the Washington Capitals, who he led to their first-ever Stanley Cup earlier in the month.

In his first season, the Islanders go 48-27-7 and finish second in the Metropolitan Division behind the Capitals. They swept the Penguins in the first round of the Stanley Cup playoffs before getting swept out of the second round by the Carolina Hurricanes.

A Trio of Drafts

The 26 teams of the NHL gathered in Pittsburgh on June 21, 1997, for the annual Entry Draft. The Boston Bruins selected Joe Thornton with the first overall pick. The San Jose Sharks took Patrick Marleau with the second pick. These two eventually became long-time teammates after the Bruins traded Thornton to the Sharks, in 2005, for Brad Stuart, Marco Sturm, and Wayne Primeau.

Six years later, on June 21, 2003, the now 30 teams of the league met in Nashville for the Entry Draft. Just before the draft, the Penguins traded Mikael Samuelsson and the third-overall pick to the Florida Panthers for the first pick in the draft. The Penguins used the pick to draft goaltender Marc-Andre Fleury. The Panthers took Nathan Horton at number three.

On June 21, 2019, the NHL Entry Draft was held in Vancouver. The top three picks, Jack Hughes (Devils), Kaapo Kakko (Rangers), and Kirby Dach (Blackhawks), all made their respective rosters out of training camp.

Two other players drafted in the first round, Ville Heinola (20th, Jets) and Tobias Bjornfot (22nd, Kings), made their NHL debuts during the 2019-20 season.

On June 21, 1988, the Penguins signed free agent John Cullen after his MVP season in the International Hockey League. He scored 75 goals and 235 points in 216 games before being traded in 1991 to the Hartford Whalers, with Jeff Parker and Zarley Zalapski for Ron Francis, Grant Jennings, and Ulf Samuelsson. He scored 187 goals and 550 points in 621 career games before retiring after the 1998-99 season.

The Hockey Hall of Fame announced its newest members on June 21, 1991. Islanders teammates Mike Bossy and Denis Potvin were voted in along with Bob Pulford and Clint Smith.

The Quebec Nordiques franchise was given approval by the NHL Board of Governors to move to Denver on June 21, 1995. The team began play the following fall as the renamed Colorado Avalanche.

The Bruins traded veteran defenseman Al Iafrate to the Sharks on June 21, 1996, in exchange for forward Jeff Odgers and a fifth-round draft pick. Iafrate was limited to just 59 games in his two seasons with the Sharks, the final two of his career.

The NHL made changes to its overtime rules on June 21, 1999. The league announced that both teams would receive a point in the standings as soon as any game made it to overtime. If a team scored during the five-minute period, they would receive an extra point. They also switched from five skaters aside during the extra time to 4-on-4.

On June 21, 2002, the Flyers acquired the fourth overall pick in the NHL Entry Draft from the Tampa Bay Lightning in exchange for forward Ruslan Fedotenko and two second-round picks. The Flyers used the selection, one day later, to select Finnish defenseman Joni Pitkanen.